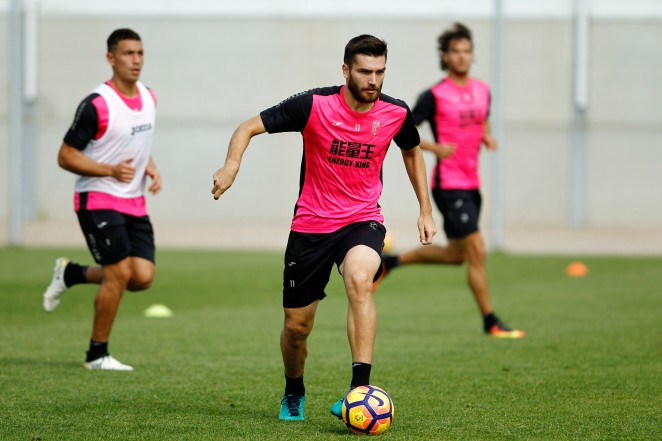 Arsenal midfielder Jon Toral has returned to the club from his loan spell at Granada. The Spanish outfit have reached an agreement with Arsenal to cut short his loan spell. The London giants had the option to recall the player in January and they have exercised that option now.

The switch has been confirmed on Granada’s official website and the La Liga outfit have wished best of luck to the former Barcelona player as well.

The Statement on Granada’s website read: “Granada CF wants to wish the best of luck to a player who always defended with absolute professionalism and was scored a beautiful goal against Osasuna in this season’s Copa del Rey.”

Toral joined Granada on loan at the start of this season, but he has struggled to hold down a regular starting berth and has played just 267 minutes of first team football in La Liga so far. The 21-year-old is being linked with a move to Rangers now.

The Scottish side are willing to sign the Arsenal midfielder on loan for the remainder of this season. Following Arsenal’s win over Preston, Wenger also admitted that the club are working on Toral’s transfer to Rangers and he also suggested that a move to the Scottish league could benefit the player.

Wenger said: “Yes [it will benefit him], because he has played games there [for Granada] but at the moment he doesn’t play and personally I think it [Rangers] would be a good transition for him.”