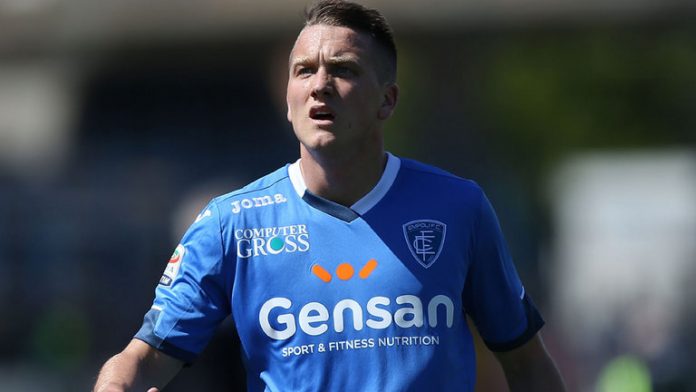 Arsenal are eyeing a move for Napoli midfielder Piotr Zielinski.

Tottenham and Liverpool have both previously been linked with the 23-year-old.

Zielinski joined Udinese in 2012 after they scouted him at an international youth tournament.

He made his Serie A debut in November that year as a late substitute against Cagliari.

He joined Empoli on loan in 2014 and scored for the club on his debut.

Zielinski moved from Udinese to Napoli in 2016 for a reported €16 million.

He made his senior international debut for Poland in 2013 in a friendly match against Liechtenstein.

“I watched him play when he was sixteen and I immediately thought, ‘this is an extraordinary player’,” he told Corriere dello Sport.

“De Bruyne? They are different players, clearly, but equal in the ability to affect a team.

“But, for quality, Piotr is superior to me. I am still waiting for it, but let’s give it a year or two at the most and we will realise it.”