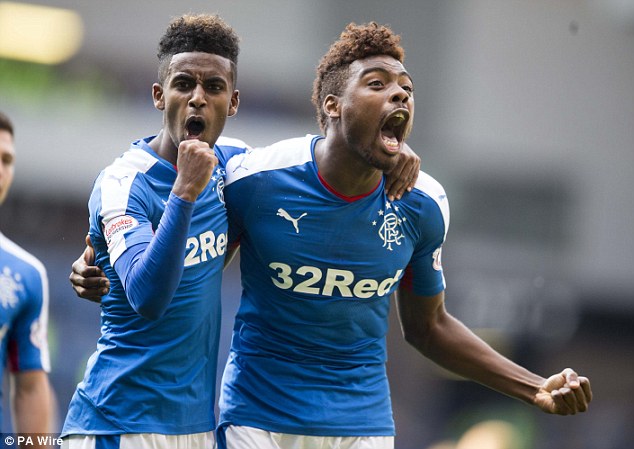 Arsenal midfielder Gedion Zelalem is set to complete a loan move to Dutch side VVV Venlo.

De Telegraaf are reporting that Arsenal have already offered a contract extension to the talented 19-year-old midfielder and Arsene Wenger has sanctioned a loan move for the player. Zelalem arrived at the club’s training ground yesterday afternoon and underwent medical tests after a deal was agreed between the two clubs. Although there is no official confirmation yet, it seems like the deal is all but done and official confirmation can be expected soon.

The report also adds that Zelalem has been a long-term target for German club Borussia Dortmund and the Bundesliga club are disappointed after losing out on him. The youngster was supposed to be a free agent in the summer and Dortmund were looking to sign him on a free transfer. However, Arsenal are set to seal a contract extension for him now. Apparently, Dortmund were leading the race to sign Zelalem despite interest from other Bundesliga clubs. 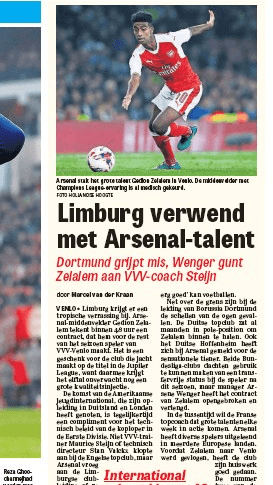 Zelalem is highly rated by the Arsenal academy staff and the midfielder is expected to follow in the footsteps of Bellerin, Wilshere and Fabregas in near future.

The German-born midfielder will be looking to continue his development with regular first-team football for the Dutch second division club now. VVV Venlo are expected to win the second division this season and are currently seven points clear at the top of the table.