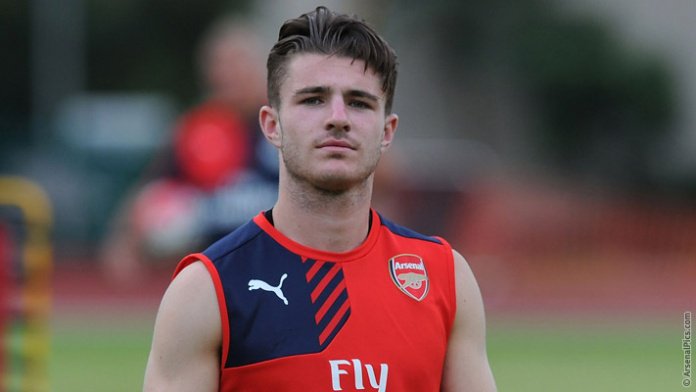 Arsenal midfielder, Dan Crowley, has completed his move to the Dutch club, Go Ahead Eagles, on loan for the rest of the season.

The 19-year-old spent the first half of the season with League One club, Oxford United, where he was restricted to the bench for much of his time with the third tier side. He made 11 appearances for Oxford, and scored three times for them.

The 19-year-old is a highly talented player, and has been earmarked as one for the future by Arsenal manager, Arsène Wenger. The Frenchman will be hoping Crowley to grow into a solid player during his loan spell in Holland. It is a good opportunity for the teenager to get valuable first team experience.

My transition to the Netherlands is a very deliberate choice. Dutch football is known as technical and tactical football. That fits me.

In League One, which I played with Barnsley and Oxford United, which is still used more the long ball. I am an attacking minded midfielder who likes to create opportunities for attackers.

On the other hand I am very motivated to learn to provide more defensive support.

Go Ahead Eagles’ technical manager, Dennis Bekking, added that Crowley is a player who is very skilled with the ball. The club see him as an excellent passer of the ball who would add creativity to the midfield.

Crowley has become the second Premier League youngster to make a move to Holland in this January transfer window. Last week, Liverpool’s Spanish midfielder, Pedro Chirivella, moved to Go Ahead Eagles in a loan move in the hope of getting vital first-team experience.