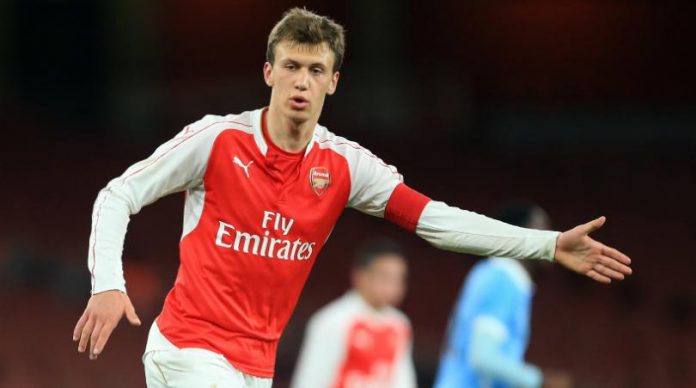 Marc Bola has been a key member of Arsenal’s U-21 squad and is highly rated by the academy staff. Bola is a versatile defender who can play as a centre-back as well as a full back. The young defender will continue his development with regular first-team football at Notts County now.

The League Two outfit are managed by the former Newcastle United midfielder Kevin Nolan. The County boss expressed his delight after sealing the deal for Bola and revealed that the player’s physical attributes will help him settle into League Two.

The 19-year-old defender has been handed the no.16 shirt at County.

In other news, the Arsenal U23 captain Krystian Bielik has joined Birmingham on loan.

The Polish defender/defensive midfielder is expected to be a key member of the Arsenal first team in future and Wenger has decided to send him out on loan in order to gain some first team experience at a higher level.

Bielik is an established youth international for Poland. The 19-year-old joined Arsenal in January 2015 for a fee of £2.4 million. He has made two first-team appearances for the Gunners so far.

The Arsenal player has been handed the no.31 shirt and could to make his debut against Fulham this weekend.