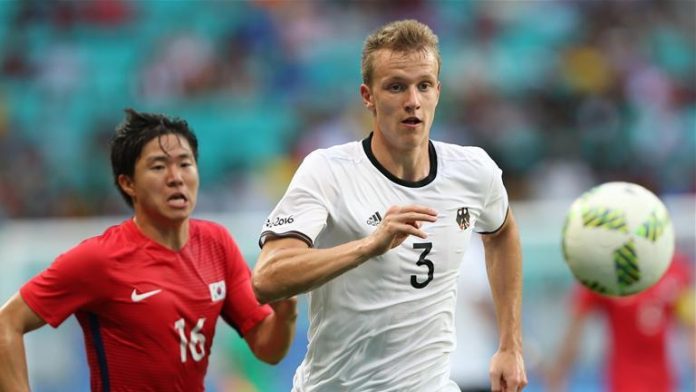 Arsenal have been linked with a move for RB Leipzig defender Lukas Klostermann.

German media outlet Bild has claimed that the Gunners are eager to add the German U21 international to their defensive ranks.

The 22-year-old began his senior career with Bochum, before signing for Leipzig in 2014.

He initially was assigned to the U19 and RB Leipzig II teams, but made a handful of first team appearances towards the end of the season.

Klostermann was promoted to the first team for the 2015/16 campaign, establishing himself as Leipzig’s first choice right-back.

He has made 86 appearances for the club in all competitions, scoring three goals.

Klostermann has played for Germany at various youth levels and represented his country at the 2016 Summer Olympics.

He went on to make six appearances and helped Germany secure the silver medal.

The defender is currently valued at around £10 million and would be an excellent addition to Arsenal’s squad.