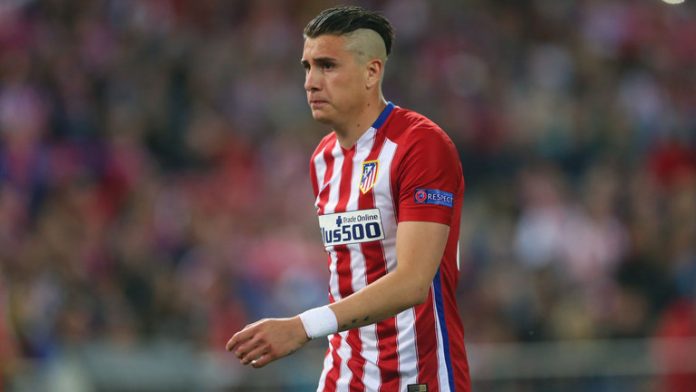 Arsenal have been linked with a move for Atletico Madrid central defender Jose Gimenez.

The Uruguay international has re-established himself as a regular in Diego Simeone’s side in recent months after previously falling out of favour.

His contract contains a £57.3 million release clause and Spanish media outlet El Gol Digital has claimed Arsenal are eager to sign the 23-year-old.

Arsenal are expected to heavily strengthen their defence in the summer, although uncertainty over manager Arsene Wenger’s future could complicate any proposed transfer dealings.

Gimenez made his professional debut for Danubio F.C. in the Uruguayan Primera Division in November 2012 against River Plate. He signed for Atletico in 2013 and made his La Liga debut against Almeria in September that year.

Gimenez played for Uruguay at the 2013 U20 World Cup as the team finished as runners-up to France.

He debuted for the Uruguay senior team in a World Cup qualifier against Colombia in September 2013.

The defender was named in Uruguay’s squad for the finals and made his tournament debut against England in the team’s second group match.

At 19 years and 149 days old he is the youngest Uruguayan player to debut at a World Cup.