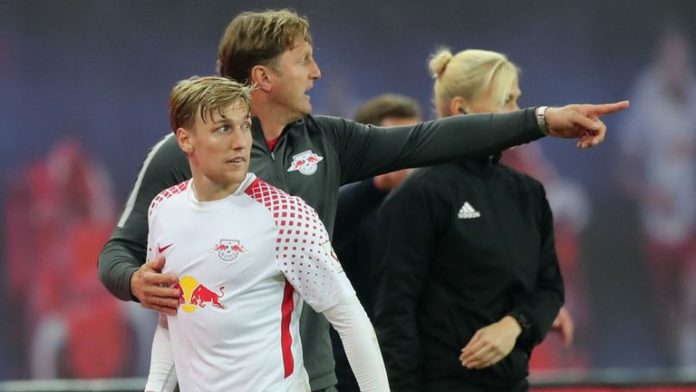 Arsenal have been linked with a move for the Sweden international who is valued at around £45 million.

Limpar told football.london: “If we get Emil Forsberg, we will be so lucky – he’s the biggest prospect we have in Europe.

“He has been really good in the Bundesliga and has been outstanding for the national side.

“Emil would fit right in at Arsenal. He is so mobile, he can pass the ball and put assists up.

“He is one of the better players I have seen here in Sweden in many years, if you take Zlatan [Ibrahimovic] away. He is a really good prospect.”

Forsberg started his career with home-town club GIF Sundsvall, before joining Malmo in 2013.

His first season proved to be a success as he played 28 matches and scored five goals for the club as they won the league title.

He bagged 14 goals in 29 appearances the following season as Malmo retained the title and his form brought him to the attention of numerous European clubs.

Forsberg joined Leipzig in 2015 and he has gone on to make 112 appearances for the club in all competitions, scoring 21 goals.

He was recently named in Sweden’s 23-man squad for this summer’s World Cup in Russia.