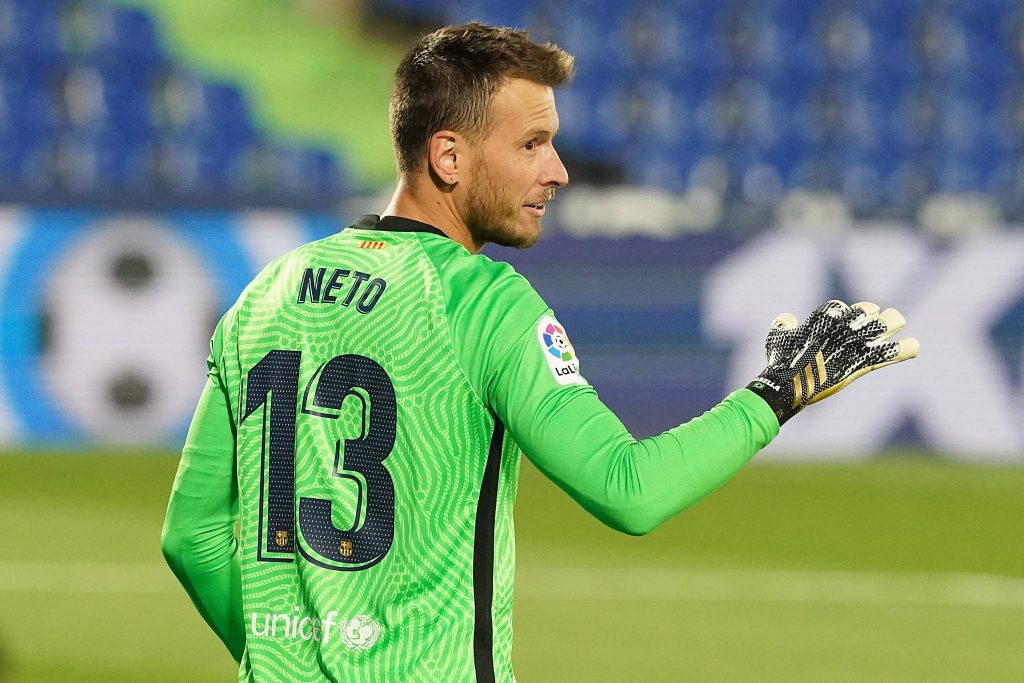 Arsenal are leading the race to sign Barcelona goalkeeper Neto.

According to Mundo Deportivo, Arsenal and Tottenham Hotspur are interested in signing Neto this summer.

The 32-year-old wants to leave Barcelona and move to the Premier League and doesn’t really care who comes up with an offer for him.

Arsenal wanted to sign Neto during the January transfer window, but the deal didn’t materialise at that time.

The Gunners have rekindled their interest, with Mikel Arteta keen to add a goalkeeper to his ranks.

Arsenal are determined to sign Neto, and his representatives consider a move to the club as the ‘most viable’ solution.

Barcelona are looking to reduce their wage bill, and Neto will be offloaded.

They were demanding a fee in the region of €14 million, but his potential suitors feel the price is over the top.

Tottenham are also interested in signing Neto, with Hugo Lloris and Joe Hart unlikely to be around for much longer.

Spurs have reportedly agreed to sign Atalanta goalkeeper Pierluigi Gollini, and they would probably cool their interest in Neto if they get the deal over the line.

Gollini’s potential arrival should pave the way for Arsenal to move for Neto, and it would be no surprise to see him end up at the Emirates Stadium.