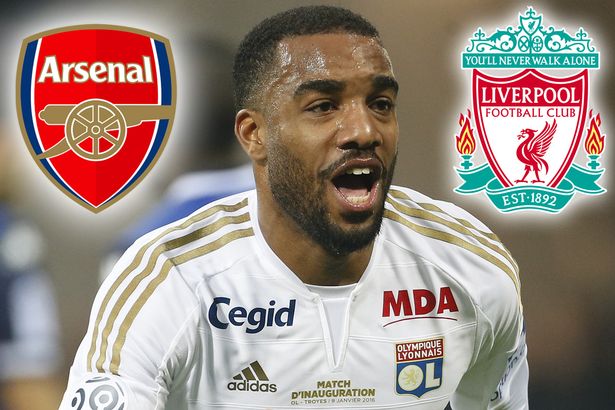 Arsenal are yet to reach an agreement with Alexis Sanchez regarding his contract extension.

The Chilean is unhappy with Arsenal’s offer of £180,000-a-week and is holding out for wages of £250,000-a-week. Daily Mirror are reporting that the Gunners are aware of the prospect of losing their best player at the end of this season and therefore they have already started looking for a replacement.

As per the report, Lyon striker Alexandre Lacazette is a target for the Gunners. The 25-year-old French striker has been one of the most consistent forwards in Europe for a while now. The Arsenal target has scored 103 goals in his last 169 games for the Ligue 1 outfit. Lacazette has taken his game to another level this season and has bagged 27 goals in 31 games so far.

The Premier League outfit tried to sign Lacazette last year, but their £35m offer was turned down. It is believed that any potential suitor will have to trigger Lacazette’s release clause (£60m) if they wish to sign him this summer.

Lyon’s asking price for Lacazette might seem unreasonable at this moment, especially because the player is unproven at international level and the Champions League. However, there can be no doubt that he has world class potential and is on the cusp of breaking through. A move to a club like Arsenal would certainly help him step up to the next level. The player has also indicated that this is the right time for him to move on.

Furthermore, it must be noted that despite the steep asking price Arsenal are not the only club interested in the player. Liverpool are looking to sign Lacazette this summer as well. Apparently, Klopp is ready to get rid of Daniel Sturridge at the end of this season and wants the Frenchman to replace the former Chelsea striker.

Lacazette has 2 years left on his current contract and it will be interesting to see if his suitors can sign him for a knockdown fee at the end of this season.

Other options to replace Alexis Sanchez include Marco Reus and Andre Silva.