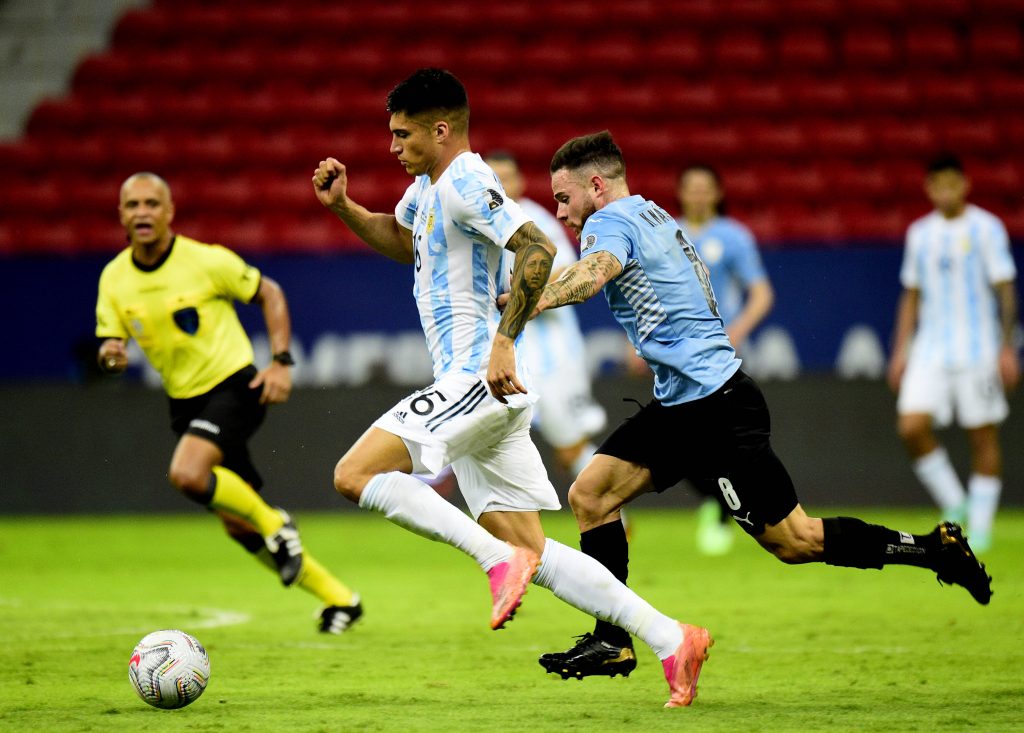 Argentine international Joaquin Correa has been linked with a move to the Premier League in recent weeks.

According to Gazzetta, it seems that Arsenal have now joined the race for the Lazio forward along with Tottenham Hotspur.

The 26-year-old has had an impressive season in Serie A, notching 11 goals and six assists in all competitions.

The Argentine can lead the line and play as a wide forward. Both London clubs could certainly use a player like him in their ranks.

Correa is currently away on international duty with Argentina, and his future is likely to be sorted after Copa America.

He is at the peak of his career right now, and a move to the Premier League to play alongside better players would be ideal for him.

The Lazio star could complete the Arsenal attacking unit alongside Pierre-Emerick Aubameyang and Nicolas Pepe next season.

Similarly, Tottenham could use someone like him to support Harry Kane.

The Argentine attacker could operate as a second striker alongside Kane, allowing Heung-min Son to take up a wider role.

Correa is contracted until 2024, and Lazio may demand over the odds to sanction his sale this summer.