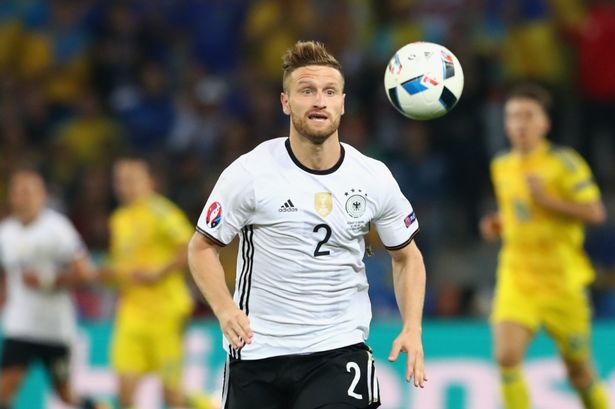 Valencia are in need of money and are likely to accept a reasonable offer for the experienced centre back.

According to latest reports, Arsenal have got in touch with the player’s agent regarding a transfer and Arsenal will look to do a deal for him once they have signed a striker.

Inter Milan defender Jeison Murillo is a target for the Gunners as well.

Mustafi has been excellent for Valencia over the years and has played in the Premier League before with Everton.

The La Liga star is an established international as well and impressed with Germany during the Euros this summer.

Chelsea are looking to sign the German defender as well. The Blues are desperate to add some defensive depth and have been linked with Mustafi, Koulibaly and Bonucci this summer.