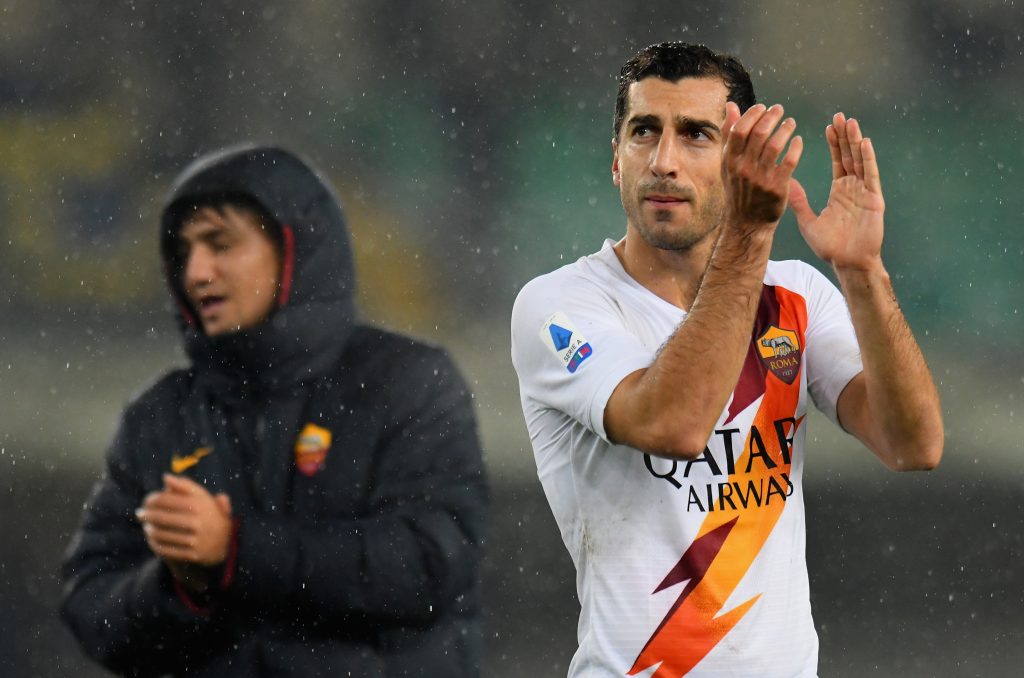 Henrikh Mkhitaryan has told Arsenal that he wants to join AS Roma on a permanent deal when the transfer window reopens,  Corriere dello Sport claims.

The Armenia international fell out-of-favour under ex-boss Unai Emery at the beginning of the season and he was therefore loaned out to Roma for the 2019/2020 campaign.

His temporary stint has been hampered by three separate injuries but he has still managed to impress for the Giallorossi with six goals and four assists from 17 appearances.

Roma boss Paulo Fonseca recently revealed that he would like to keep the playmaker at the club and it appears that Mkhitaryan shares the same opinion with regards to his future.

In a report covered by Corriere dello Sport, Mkhitaryan is said to have sent the following message to the Gunners board.

“My time in London is over. I hope you manage to find an agreement with Rome because my desire is to stay,” He told.

Since joining the Gunners in January 2018, Mkhitaryan has averaged a goal or an assist for every 174 minutes but he has been largely inconsistent and the contributions have come in clusters.

Mikel Arteta, who took charge of the Gunners in late December, recently opened the door for Mkhitaryan’s comeback but it is highly unlikely that may happen with the player’s desire to stay with Roma.

A recent report has revealed that the club could accept a fee of just £10m for Mkhitaryan, whose contract expires in June 2021. The board are keen to get his £180,000-a-week salary off their wage bill.