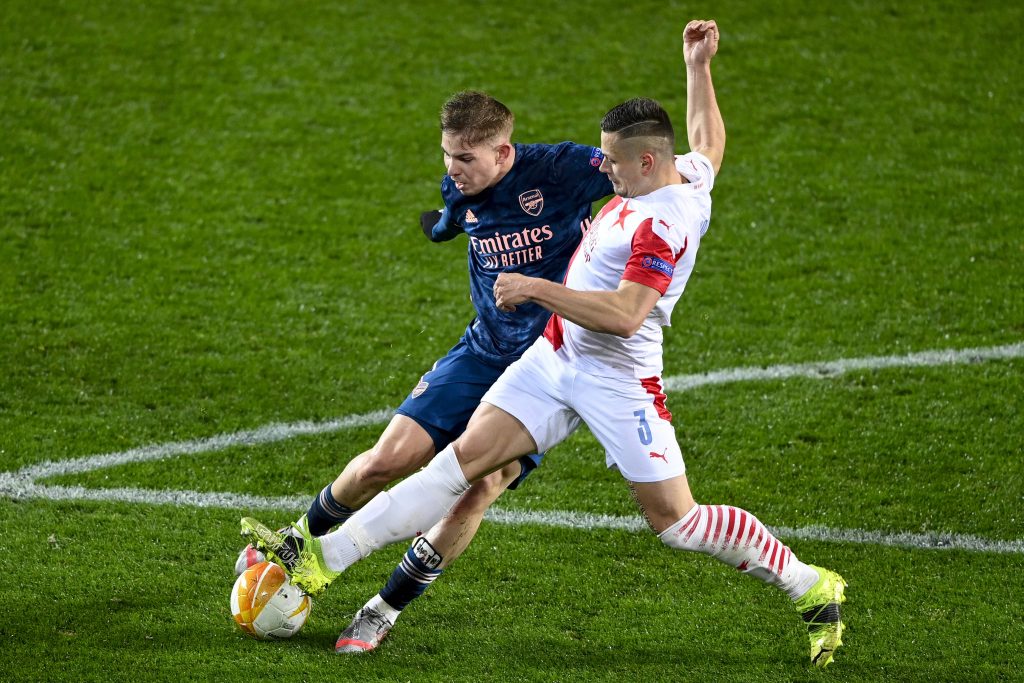 Aston Villa submitted their second bid for Arsenal youngster Emile Smith Rowe, but it was rejected.

Many Arsenal fans took to Twitter to express their reaction after the news broke out. Here are some of the selected tweets:

If Smith-Rowe refuses to sign a new contract at Arsenal(I presume contract offer on the table is a fair one), then sell him for good money, surely nothing less than £50 millions. I don't have time for nonsense!

Villa might not get him in the end but the idea of Villa trying to bully arsenal into selling one of their best youngsters is hilarious especially after arsenal fans thought they can actually get Grealish.

Villa must have received encouragement from Arsenal that a deal could be possible if they're returning with another offer already. Alarm bells

The audacity of Villa to even try this. We should bid 40 mill for grealish just to mess with them

This is getting out of hand, Villa have a lot of audacity 😂

Villa have been very busy once again in the transfer market. They have signed Emi Buendia from Norwich City and have secured the signing of Ashley Young on a free transfer.

Dean Smith is looking to add depth to his attacking ranks and has earmarked Smith Rowe as a potential option.

Villa saw their initial £25 million bid rejected, and their most recent offer has also been knocked back, with Arsenal insisting the 20-year-old is not for sale.

The Midlands outfit returned with a £30m bid for the highly-rated youngster who is entering the final two years of his current contract.

Arsenal are keen to tie him down on a long-term deal, and the club is confident that the youngster will pledge his future at the London club.

Villa are actually offering huge money for someone who has only played well for half of a Premier League campaign.

However, Smith Rowe is a fantastic young talent, and the Gunners are reluctant to lose him.

Meanwhile, Villa skipper Jack Grealish has been linked with a move away from the club, with Manchester City expected to come in with a bid worth £100m.