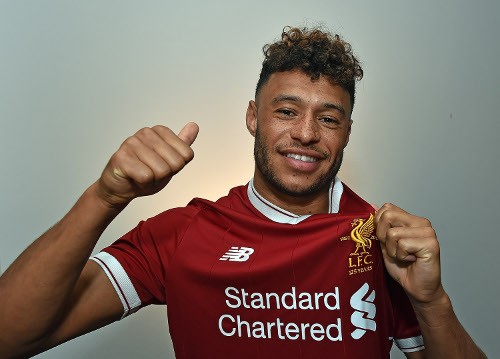 Liverpool crashed out of the Carabao Cup after a 2-0 defeat against Leicester City last night.

The Reds dominated the majority of the game but failed to take their chances in front of the goal. Goals from Okazaki and Slimani ensured that Liverpool’s poor run of form continues for now.

Jurgen Klopp’s men have not won any of their last four matches and they are under tremendous pressure right now. The German slammed his side’s defensive performance during his post-match presser claiming that he is sick of the same errors now.

One particular Liverpool player who faced a lot of criticism was the new summer signing Alex Oxlade-Chamberlain. Not only did he fail to impress the Liverpool fans, his performance was mocked by the Arsenal fans as well.

Liverpool signed him for a fee of £40 million this summer but the England midfielder has not made an impression so far. Furthermore, the fact that his arrival has coincided with Liverpool’s dip in form has made things worse.

Here is how Twitter reacted to Chamberlain’s performance against Leicester last night.

Arsenal haven’t lost a game since they sold Alex Oxlade-Chamberlain and Liverpool haven’t won since signing him ? pic.twitter.com/S2NTuZxg8E

What if Arsenal’s banter was stored in Alex Oxlade-Chamberlain?