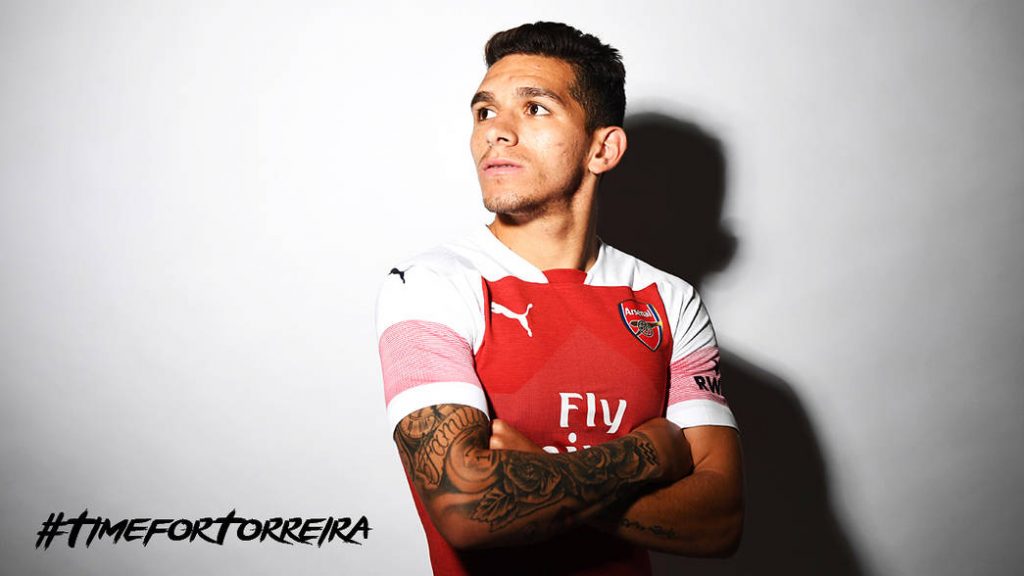 Arsenal have completed the deal to sign Lucas Torreira from Sampdoria.

The Uruguayan international has signed a long-term contract with the Gunners and the move has been confirmed on the club’s official website.

Torreira will cost the Londoners £26.5m because of a release clause in his contract.

The 22-year-old defensive midfielder had an impressive World Cup and he will be looking to make his mark in English football next season.

Torreira was one of the best defensive midfielders around Europe last season and he should prove to be a quality addition to Unai Emery’s side.

The Gunners were in desperate need of someone like him. The likes of Xhaka and Elneny aren’t natural defensive midfielders.

Torreira’s arrival will allow the likes of Ramsey to play with more freedom. He will also shield the back four a lot better.

Arsenal have confirmed that the midfielder will wear the number 11 shirt at the club.

Speaking to the club media, Emery said: “In Lucas Torreira, we have signed a young player who is a very bright talent in the game. A midfielder with great quality, I have enjoyed watching his performances for Sampdoria in the past two seasons, and we all saw him do very well for Uruguay in the World Cup. He is a young player already with good experience, but who wants to keep on growing. We welcome Lucas to Arsenal and look forward to him joining us soon for pre-season.”

welcome to the best club in the world @LTorreira34

I have a feeling he’s gonna be a nuisance like Kante, hopefully he won’t available when Arsenal play Liverpool

Finally, welcome to the Arsenal, wishing you immense success, #COYG