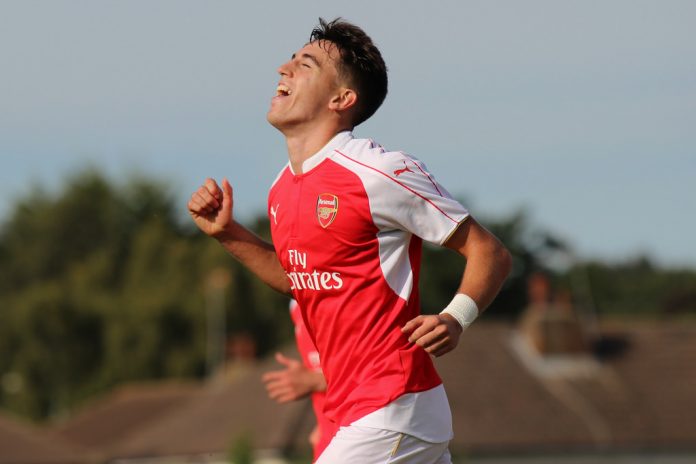 Arsenal have confirmed u23s captain Julio Pleguezuelo has joined Segunda Division side Gimnastic de Tarragona on loan for the rest of the season.  The 21-year-old has returned to Spain for the second consecutive campaign.

Pleguezuelo joined Arsenal from Barcelona in 2014, and has gone on to make 12 appearances for the u19s, while featuring more than 40 times for the reserve side.

He’s only played twice for the Arsenal first-team since joining the club four years ago, which led the centre-back to join Real Mallorca on loan in 2016/17,  racking up 17 appearances .

The return to Spain will hopefully ensure he gets regular first-team football at a more competitive level than the reserve side, as he’s coming to the age where he needs to be challenged.

Pleguezuelo has played for Espanyol and Atletico Madrid at youth level, while representing Spain u18s, making three appearances for the latter. He joins Gimnastic, with the Segunda Division outfit currently 17th in the table, with 28 points from 24 games, one place above Barcelona B.

His contract with Arsenal expires in the summer, so it’s key that he can impress enough to earn himself an extension at the end of the season. The lack of playing time thus far suggests the Gunners might consider letting him go.