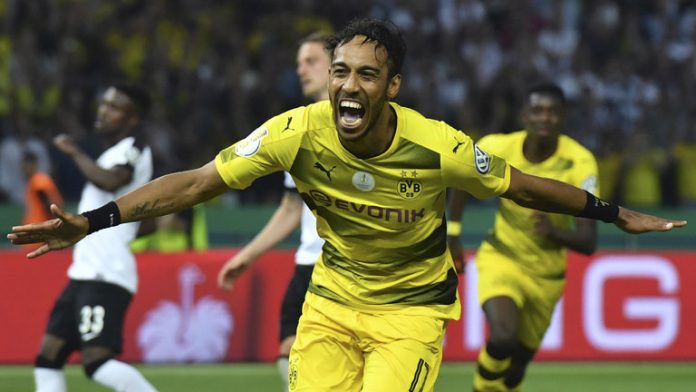 Arsenal are closing in on a £53 million deal to sign Pierre-Emerick Aubameyang from Borussia Dortmund.

The 28-year-old was left out of Dortmund’s squad for their Bundesliga clash with Wolfsburg and it looks like a move to the Emirates Stadium is now on the cards.

Sky Sports’ pundit Guillem Balague has claimed the striker will replace Alexis Sanchez who looks set to join Manchester United over the next few days.

United have hijacked Manchester City’s proposed deal to sign Sanchez after offering Arsenal and the forward more money if he moves to Old Trafford.

Arsenal have also been linked with a move for Bordeaux forward Malcom, but it appears that the deal for Aubameyang will be the first to be completed.

Aubameyang has been one of the most prolific strikers in Europe over the past few years, having scored 141 goals in 212 games since joining Dortmund from Saint Etienne in 2013.

He has bagged 21 goals in his 23 appearances in all competitions this season and would be a major boost to under-fire manager Arsene Wenger’s hopes of staying in charge at Arsenal.