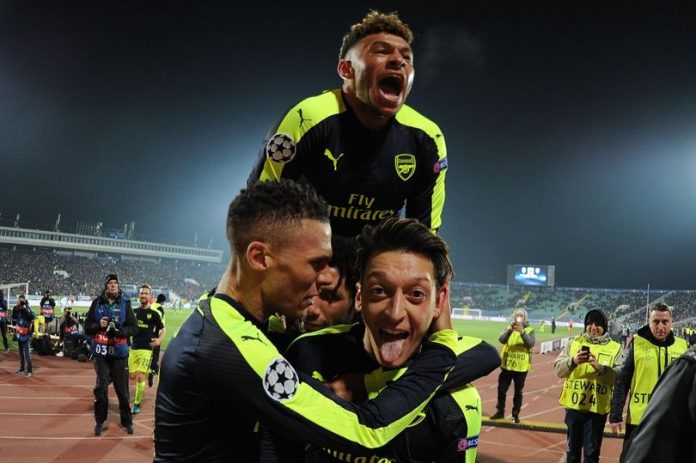 Arsenal midfielder Mesut Ozil is close to agreeing on a new long-term deal with the Londoners.

According to the latest reports from Daily Mirror, Arsenal were discussing an extension with the player’s representatives during the international break and an agreement could be announced soon.

As per the report, Ozil will sign a deal worth around £200,000 per week. The German international is currently earning around £140,000-a-week and has 18 months left on his current contract.

The report adds that Ozil is happy at Arsenal and wants to stay in London. The former Real Madrid midfielder has even spent £10 million on a new house in London. The world class playmaker has been in sensational form this season and is ready to take his earnings to a similar level as well. Arsenal signed Ozil for a fee of £42 million three seasons ago.

Arsenal recently agreed a long-term agreement with Hector Bellerin and Ozil following the same path would be a huge boost for Wenger and the fans. Chilean superstar Alexis Sánchez is in line to receive a pay raise and extension as well. The former Barcelona star has 18 months left on his deal, as well.

Arsenal are two points behind league leaders, Liverpool, after 11 games, and Ozil has been a major reason why they are in the title race. The German midfielder is clearly in the fittest form of his life.

Furthermore, Ozil has now added some much-needed goals to his game, as well, and is proving to be a nightmare for Premier League defenders this season. Ozil has already scored 7 goals in 13 appearances for the Gunners this season.