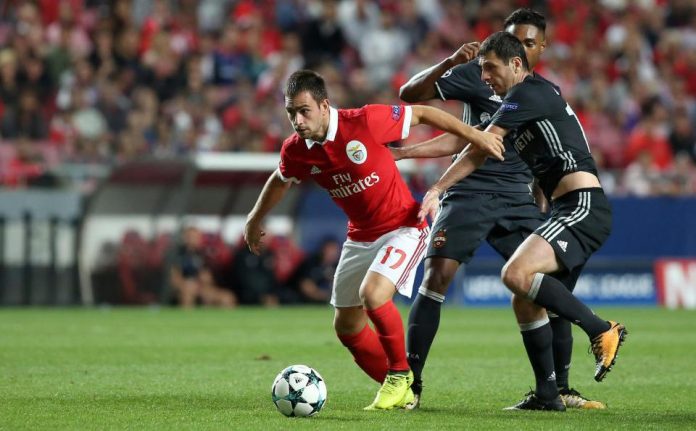 Arsenal are monitoring the progress of Benfica winger Andrija Zivkovic.

Portuguese media outlet O Jogo have claimed the Gunners sent a team of scouts to watch the 21-year-old during Benfica’s 5-1 victory over Rio Ave on Saturday.

The Serbian international, who has a £52.5 million release clause in his contract, has also been watched by Manchester United over the past few months.

He has represented Serbia at both junior and senior level and is recognised as one of the brightest up-and-coming talents in European football.

His diminutive stature could count against him in the Premier League and its debatable whether Zivkovic has the physique to be a success in England.

Valencia and Sevilla have also been linked with the player and a move to La Liga may suit his game better than the Premier League.