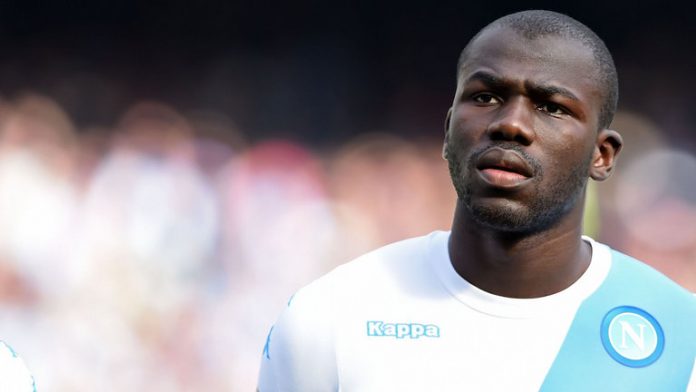 Both clubs are keen to boost their defensive options and a summer bidding war looks on the cards.

United are also in the market for a new centre-back and manager Jose Mourinho is believed to be keen on signing the 26-year-old.

Koulibaly began his senior club career with French side Metz in 2010, before moving to Belgian club Genk in 2012.

He joined Italian side Napoli two years later and soon established himself as one of the best defenders in Serie A.

The Gunners were strongly linked with a move for West Brom’s Jonny Evans during the January transfer window, but it now appears that manager Arsene Wenger has earmarked Koulibaly as the ideal player to shore up his defence.

Phil Jones and Chris Smalling have come in for plenty of criticism for their performances with United and Mourinho is also keen to strengthen his backline.

Koulibaly has been linked with the likes of Barcelona and Chelsea in the past and is likely to command a fee in excess of £40 million.