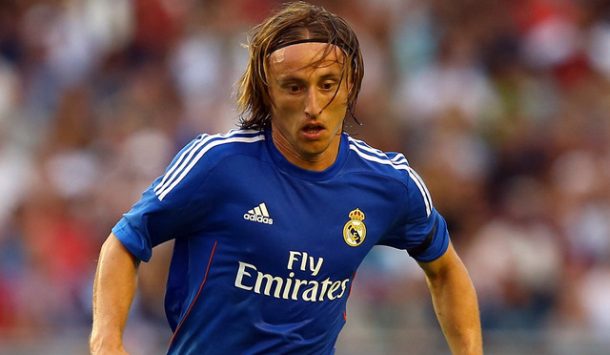 According to Diario Gol, Arsenal and Liverpool are interested in Real Madrid playmaker Luka Modric who ‘will leave’ Los Blancos at the end of the season. The Croatian international has reportedly told his teammates that he’s ready to pack his bags this summer and wants to move to a new league.

Modric joined Real from Tottenham Hotspur in 2012 and has gone on to make 250 appearances in all competitions, contributing 51 goals. The 32-year-old has made 36 appearances this season but has been substituted in 33% of them. He’s been an unused substitute on six occasions and turns 33 in September.

The £431m star is in the eve of his career and appears open to a move elsewhere. Former side Tottenham are one of many sides who have been linked with Modric, but Arsenal and Liverpool have a greater need for him in midfield.

The Gunners could be losing Jack Wilshere this summer as he’s out of contract in three months, while Aaron Ramsey is approaching the last year of his deal and has yet to agree to an extension. Liverpool are expecting to lose Emre Can to Juventus at the end of the season and could shop for a replacement as a result.