Arsenal and Liverpool linked with summer move for Hoffenheim star 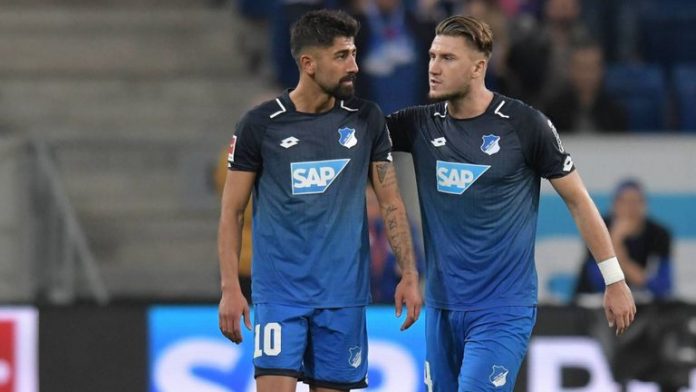 Germany midfielder Kerem Demirbay continues to be linked with a move to the Premier League.

Arsenal and Liverpool are keen on signing the Hoffenheim star who has a £29 million release clause in his contract.

He is currently on the sidelines with torn ankle ligaments, but the Evening Standard have claimed both clubs are plotting a summer move.

Demirbay joined Hamburg in 2013 after spending the early part of his career with Borussia Dortmund II in Germany’s third tier.

He subsequently moved to Kaiserslautern on a season long loan in 2014 and went on to make 23 appearances for the club in all competitions.

Demirbay was loaned out again the following August to Fortuna Dusseldorf for the season.

He bagged 11 goals in 26 games before securing a move to Hoffenheim in June 2016.

The midfielder has since scored eight goals and created 15 more in 52 games for the Bundesliga club.

Demirbay was called-up to the Turkey national side in May 2017 for a World Cup qualifier against Kosovo, but he later rejected the offer.

The midfielder was then drafted into the Germany squad for a friendly against Denmark in June and for the Confederations Cup held during the summer.

Everton, AC Milan, Schalke and Dortmund have all previously shown an interest in Demirbay.