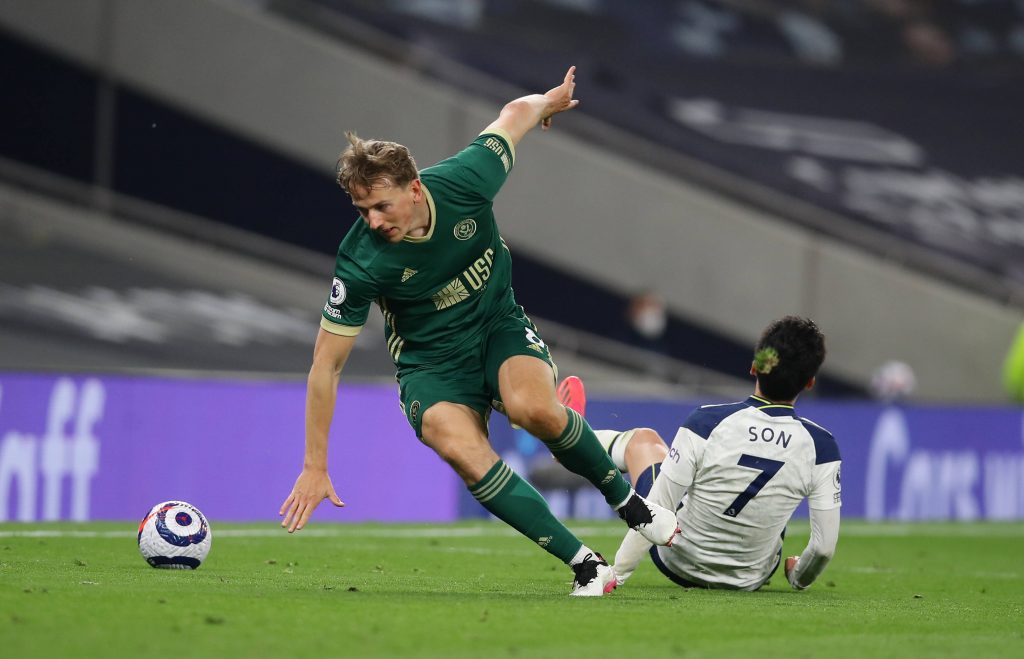 Arsenal have been linked with a move for Sheffield United midfielder Sander Berge for quite some time.

The Sun are now reporting that Liverpool are also keen on signing the Norwegian international.

The 23-year-old has been a quality player for the Blades, but he is likely to leave them following their relegation to the Championship.

There is a £35 million release clause in his contract, but his suitors are unwilling to fork out that kind of money for the midfielder.

Arsenal midfielder Granit Xhaka has been linked with Roma, and it is no surprise that they are looking to bring in a replacement.

Berge has proven himself in the Premier League and could prove a quality addition to the Gunners’ midfield. Despite his team’s struggles, his performances were impressive.

He has the potential to develop into a quality player and deserves to play for an ambitious Premier League club.

Liverpool need to bring in midfield reinforcements, especially after Gini Wijnaldum’s departure on a free transfer.

The Dutchman joined Paris Saint-Germain, and Berge could prove to be a quality alternative.

He put in impressive displays against Liverpool last season, and Jurgen Klopp will have watched closely.

The two clubs will hope they can convince the Blades to lower their asking price for the midfielder in the coming weeks.

Read: Liverpool linked with a move for Brazilian playmaker.