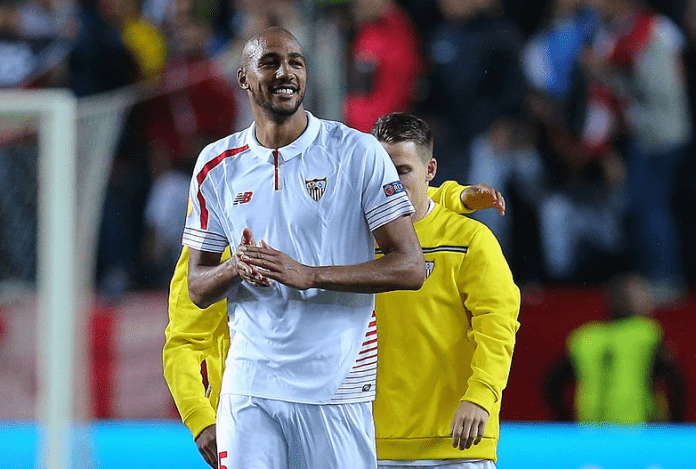 According to Diario AS via talkSPORT, Arsenal and Leicester City could make an approach for Sevilla midfielder Steven N’Zonzi, with the French international being made to train alone after a clash with manager Eduardo Berizzo. His release clause is around £36m, and it’s unknown if Sevilla would accept one penny less.

N’Zonzi, who joined from Stoke City for £7.2m in 2015, has made 108 appearances for Sevilla, scoring and creating 12 goals. The 28-year-old is believed to have had an argument with Berizzo after his half-time substitution against Liverpool in November’s Champions League clash, and his future is up in the air as a result.

With N’Zoni now training alone, Arsenal and Leicester might consider an approach for the midfielder with a £36m release clause, although Barcelona and Juventus could provide some competition next month too. Arsenal have options in midfield, but Francis Coquelin and Mohamed Elneny have been subsidiary this season, meaning a replacement could be lined up.

Leicester have been looking to bolster their midfield, after losing Danny Drinkwater to Chelsea in the summer, but N’Zonzi might only want a club in Europe. The two-cap midfielder has made 10 La Liga appearances for Sevilla this season, but failed to make the squad in Tuesday’s clash with Villarreal, and Friday’s Copa Del Rey meeting with FC Cartagena.