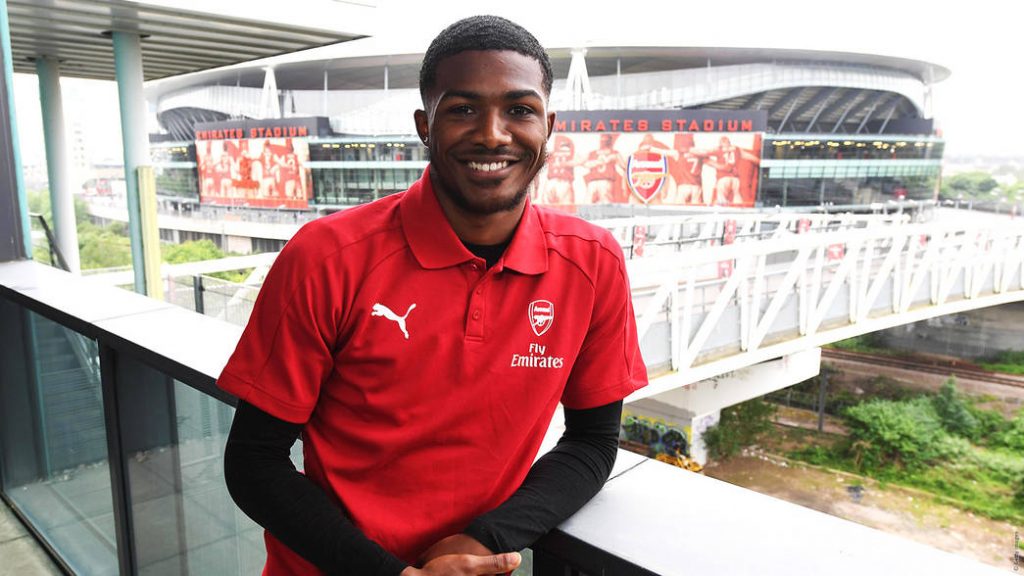 Arsenal confirm they have agreed a deal for highly-rated midfielder Ainsley Maitland-Niles who will wear the number 15 shirt next season.

The versatile 20-year-old broke into the first-team last season and produced a lot of impressive displays to convince the club he’s worth retaining for the long-term. He rose through the youth ranks to the senior side in 2017 and has made 38 appearances in all competitions.

With the Gunners struggling to tie down new deals for Jack Wilshere and Aaron Ramsey, Maitland-Niles could become an important player next season. Wilshere could leave on a free transfer this summer if he doesn’t reach an agreement with Arsenal over an extension, while Ramsey could be sold if he rebuffs their attempts to tie him down to a new deal.

Arsenal have go into next season with Granit Xhaka and Mohamed Elneny as certs in the midfield, but Maitland-Niles is sure to get more playing time under new manager Unai Emery. And while the England u21 international has featured at left-back, right-back and both flanks as a wing-back and winger, central midfield is an area he’ll be needed the most.

He’s composed in possession and happy to collect the ball under pressure, so Arsenal may have a gem on their hands. The Gunners are looking to strengthen in the engine room, with Lucas Torreira close to signing, but 2018/19 could be Maitland-Niles’ breakthrough year.