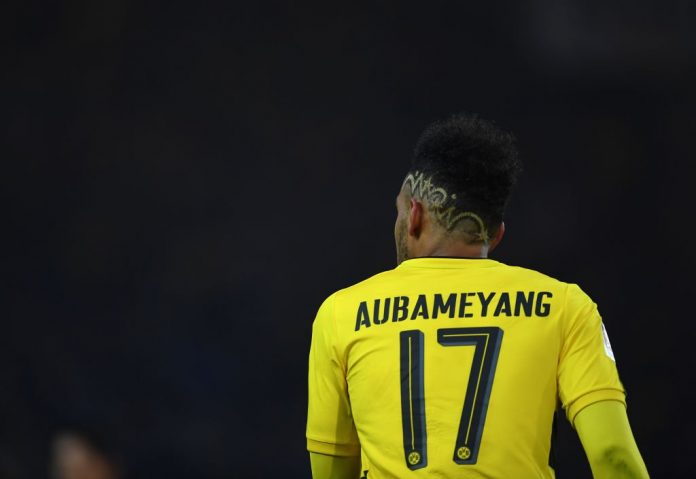 Arsenal have been linked with a move for Pierre-Emerick Aubameyang in the recent weeks and it seems that a deal is close to completion.

BBC Journalist Gary Al-Smith has confirmed on his Twitter account that Arsenal have agreed on a fee with Borussia Dortmund for the Gabon international.

The African journalist adds that Aubameyang does not want to play for Dortmund anymore and that Giroud could be a part of the deal. The Frenchman has not been a starter for Wenger this season and he could do with a move away from the club.

The Gunners will pay around €60m for the striker, who will sign a contract until 2021. Furthermore, Aubameyang will be earning €10m per season at Emirates.

Right. Aubameyang is “absolutely relieved he is on his way out of BVB”, per same source.

Giroud be part of the deal depending on final terms. Auba does not want to play for BVB anymore.

Arsenal are set to lose Alexis Sanchez to Manchester United this month and Wenger will be looking to improve his attack considerably.

The Gunners are expected to sign Henrikh Mkhitaryan from Manchester United as a part of the deal for Sánchez as well.

Losing a player like Sanchez is disappointing for any side but signing a world class striker like Aubameyang and a talented midfielder like Mkhitaryan will definitely soften the blow.

Also, Wenger’s decision to improve the squad collectively instead of getting a like-for-like replacement for Sanchez could prove to be a masterstroke.

Arsenal will have more depth and variety in their attack now. Arsenal are looking to secure their place in top four and signing players like Aubameyang would certainly give them an edge over Liverpool and Spurs.

It will be interesting to see how the Gunners line up with Aubameyang, Mkhitaryan, Lacazette and Ozil at their disposal. Lacazette has had a slow start to life in England and therefore the signing of Aubameyang could prove to be vital.