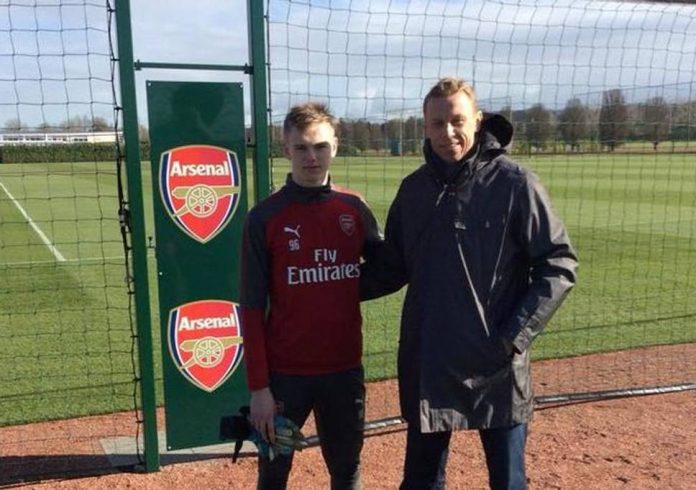 The Estonian FA have already confirmed the deal and Hein will be Arsenal’s first signing of the Unai Emery era. The former PSG manager was unveiled earlier in the day.

As per the reports, Karl Jakob Hein was on trial at Arsenal and he has managed to impress the Gunners and he has now earned a contract at the Emirates.

Apparently, Hein has signed a three year deal with Arsenal and the contract will come into effect when the player turns 17 years old in April 2019.

In the meantime, the 16-year-old will be a part of Arsenal’s academy. The Estonia Under-17s goalkeeper has been pictured in the Arsenal training gear as well.

The Gunners will be looking to add to their first team as well this summer and return to the Champions League soon.

Emery will look to bring in his preferred options and it will be interesting to see how quickly the Spaniard adapts to the challenges of English football.