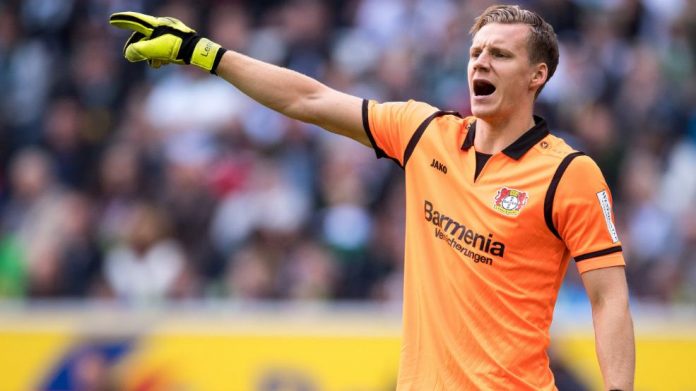 Arsenal have agreed a deal to sign the German keeper Bernd Leno this summer.

As per the reports from Germany, the deal will be confirmed tomorrow and Leno will be presented as an Arsenal player.

The 26-year-old has been a key player for Leverkusen over the years and Emery wanted him as Petr Cech’s long-term replacement.

It will be interesting to see who starts the season as Arsenal’s number one keeper next season. Ospina is expected to leave the club.

Leno has already agreed personal terms with Arsenal and he will sign a long-term deal with the Gunners.

The 26-year-old is not a part of Germany’s World Cup squad but he is quite highly rated in Bundesliga. It will be interesting to see how he adapts to the challenges of English football.

Liverpool signed Loris Karis under similar circumstances from Germany but the former Mainz star is still struggling to find his feet at Anfield.

Leno will be Arsenal’s second summer signing after Lichtsteiner. Lucas Torreira is expected to join soon as well.