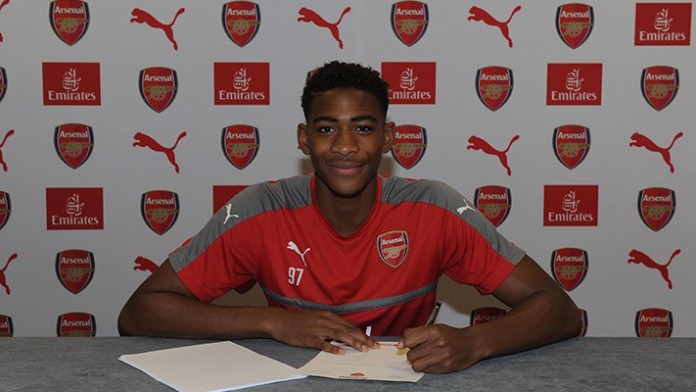 The Premier League giants have confirmed the deal on their official website, and have also revealed that Medley is the 12th member of Arsenal’s 2016/17 scholarship intake.

Young defender Zech Medley has joined our academy as a scholar. The 16-year-old came through the junior set-up at Chelsea and has represented England at youth level. He becomes the 12th member of our 2016/17 scholarship intake. We’d like to welcome Zech to Arsenal.

Medley is a former Chelsea youth player and has been handed a scholarship deal at the Emirates after impressing the Gunners during a trial. The young defender left Chelsea back in October and will now continue his development as an Arsenal player. Medley had been at Stamford Bridge since the age of eight, and he was regarded as one of the brightest young prospects at the club a few months ago.

Medley has represented England at youth level. The 16-year-old was released a few weeks ago, and Arsenal have moved swiftly to secure his services. The towering centre-back signed a deal with the Gunners and will be a key member of their U18s squad, now.

In other news, Alexis Sánchez has been offered a mega-money deal to join the Chinese Super League.

The Chilean has 18 months left on his current contract and is expected to sign a new deal at Emirates. However, the Londoners have not managed to agree on a deal with him yet. It is being reported that Sánchez wants parity with the Premier League’s top earners, but Arsenal’s offer is falling short.

As per the latest reports, Sanchez has received a £400,000-a-week offer from China, and the Arsenal star is using it to pressure the club into offering him a bumper pay rise. Daily Mail claims that Arsenal are hopeful of reaching an agreement, but Sánchez will have to lower his demands if he wants to continue playing for the Londoners beyond 2018.