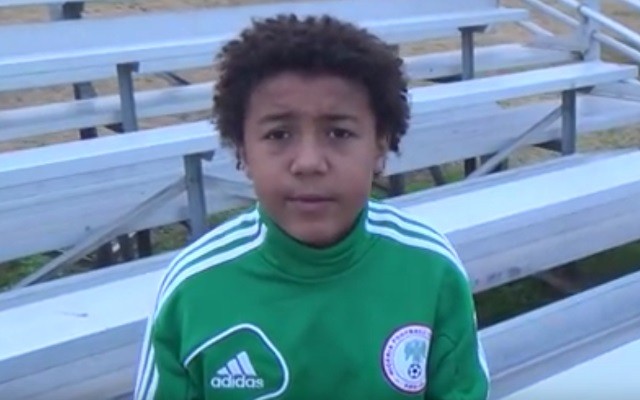 Arsenal have agreed to a deal to sign Nigerian wonderkid, Lateef Omidiji Jr. The youngster was under the radar of Chelsea, Real Madrid, and Barcelona, but it seems Arsenal have swopped in quickly.

According to reports from All Nigeria Soccer, Arsenal have seen off the competition from other European clubs to have agreed a deal for the striker.

Omidiji Jr plays for Dutch side, Sparta Rotterdam, and is a highly promising young talent. Needless to say, when clubs like Chelsea or Real Madrid show an interest, it means you’re a special talent.

The report adds that the north London club have an agreement in place for Omidiji Jr to travel to London next summer, where he will train with the club’s youth team.

Omidiji Jr has dual nationality of Nigeria and the United States, but has already represented the USA at Under-14 level.

Arsenal have a good tradition of signing players from Nigeria. Alex Iwobi, 20, has developed from the club’s youth academy and this season he has broken into the starting XI under Arsène Wenger. Another player that automatically comes to mind is Nwankwo Kanu, who has achieved cult-hero status at the club. He spent six wonderful years at Arsenal, and won two Premier League and two FA Cup titles with the Gunners.