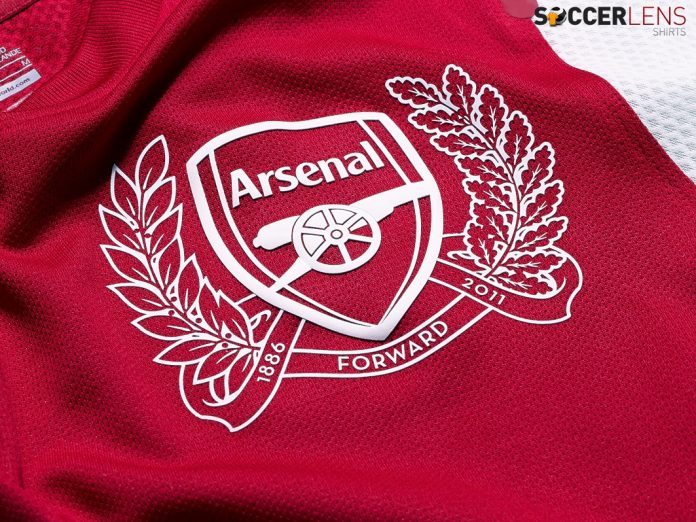 Arsenal’s 125th anniversary kit is finally out and Nike has done a fine job in keeping the shirt very simple.

As predicted, a red shirt with white sleeves, white shorts and red socks. The shirt features the wreathed Gunners’ crest.

Arsenal was founded in 1886 as Dial Square FC and their first crest was created in 1888 which featured three cannons on a shield with a wreath around it.

This shirt marks the 125th anniversary of the club.

On the crest, the 15 wreath leaves on the left side of the crest reflect the detail on the reverse of the six pence pieces paid by 15 men to establish the club.

The 15 oak leaves to the right of the crest acknowledge the founders who would meet in the local Royal Oak pub. Under the crest is one of the first recorded mottos related to the armament and battle – ‘Forward’. The anniversary dates of 1886 and 2011 are written either side of the heart of the shirt.

The 11/12 Arsenal home kit is available for pre-order and it will be available in stores from June 9th.