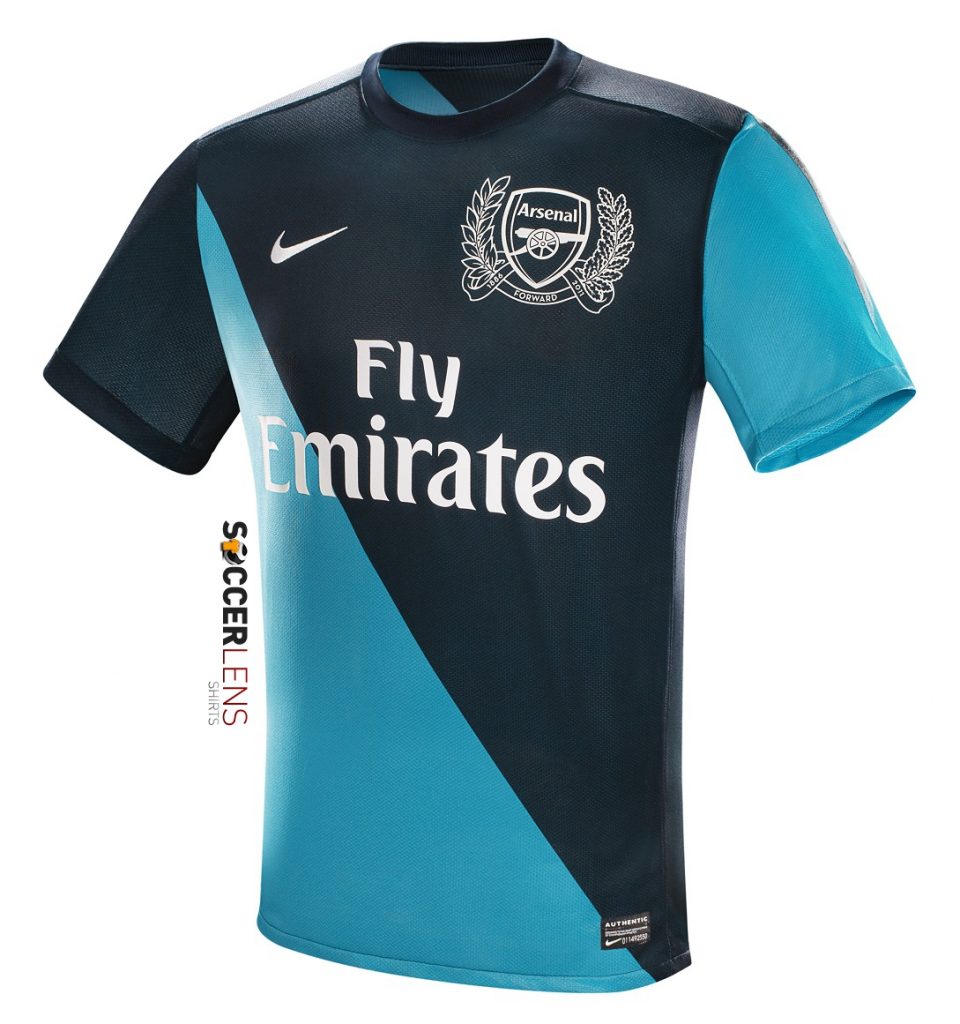 After the leaked images suggested that Arsenal 2011/2012 away kit will be blue, that is exactly what it has turned out to be.

The Nike manufactured shirt is diagonally divided into turquoise blue and navy blue. The shirt features the same Gunners’ crest that the home shirt bears – 15 laurel leaves on left and 15 oak leaves on the right.

The colors of the away kit is inspired by those that were worn by Arsenal in the past.

The shorts will be navy blue and so will be the socks.

Arsenal have also revealed their away goalkeeper kit, which will be dark green with yellow and black trim and what look like navy blue socks.