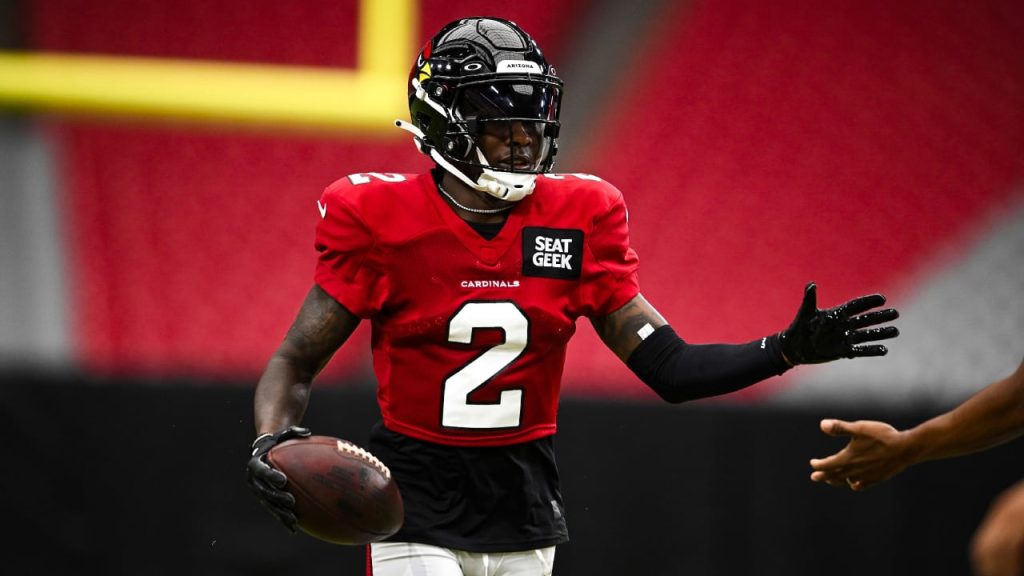 The Cardinals have designated WR Hollywood Brown to return to practice from IR.

He is eligible to play as soon as Monday night against the 49ers.

He is eligible to play as soon as this week as the Cardinals and 49ers play on Monday night. This opens a 21-day window for Brown to return to action.

Brown has been out with a foot injury for the past month and is nearing a return. In his six games played this season, Brown has 43 receptions for 485 yards with three touchdowns. He is averaging 11.5 yards per reception.

Brown was traded from the Baltimore Ravens to the Arizona Cardinals in exchange for their first round pick in this past year’s draft. In a surprising move by Baltimore, Brown showed promise for the Ravens. He had his first 1000 yard season last year.

He was used heavily when DeAndre Hopkins was suspended for the first six games. It was kind of a lucky brake for Arizona due to the injury he suffered. The Cardinals were preparing for the worst as he had a similar foot injury that required surgery back in college.

It is quite surprising Brown is expected to come back so soon. He will be a huge help to an offense that already has receivers like DeAndre Hopkins and Rondale Moore.

With the loss of tight end Zach Ertz for the season, Marqisue Brown’s return to the lineup will be a welcomed addition to a team that has dealt with injuries.

Quarterback Kyler Murray will welcome Brown with open arms as Arizona tries to make a late playoff push. Arizona is +4000 to win the division according to NFL betting sites. However, them getting fully healthy at the right time could bode well.

Realistically, Brown will most likely not play this week. The Cardinals do have a bye in week 13, so maybe that is enough time to get Brown up to speed, but time will tell.