I have always prided myself on being almost the antithesis of a red-tinted United supporter; one who constantly replaces gloating ignorance fuelled by the success of the past with genuine realism and understanding of the current game.

I will always maintain a respect for our past achievements and the clubs stature, but this will never – and should never – interfere with my perspective or analysis at our current state.

As a result however, I have been criticised all too often about my somewhat negative, defeatist attitude towards United this season; being constantly told to ‘calm the f**k down’ and being thrown a tirade of statistics regarding our goalscoring record and points this season against last seasons.

Nearly every time I have seen United this year (except for our one brilliant performance at White Hart Lane and of course the Manc derby, which was magical) I have written about our ineffectual, lethargic style and inability to propel into a unique gear that will kill teams off; only for my opinions to be merely brushed aside, told to shhh and sit back down, as those wise old footballing wizards inform me that there is no problem whatsoever – we definitely do not need to spend any money to replace the best player in the world – as we are doing, ahem, so well. 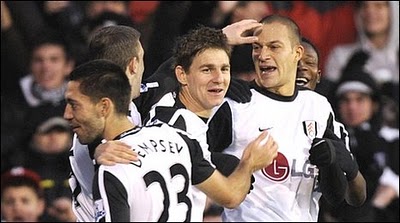 On Saturday, we were utterly outplayed and even outsmarted at Craven Cottage in a shocking performance that will hopefully alert every supporter of our underlying problems that go beyond naïve arguments such as ‘technically we’re not missing Ronaldo’s goals etc etc’.

To be honest I can’t even be bothered to talk about the sickening performance as I’m that pissed off, but I will if only to vent my anger at the performance and to give an ‘I told you so’ type rant at those overly confident fools who are too blind to see how low our performances have gotten (and if I hear one more piece of bull sh*t about ‘oh but blah blah blah we’re still whatever points better off than we were this time last season’ I will literally start supporting one the fad teams of the season, like Sunderland).

Actually, you know what? I don’t think I can be bothered! The horribly incorrect team selection – regardless of who we had/didn’t have available to us – and the consequent diabolical display of football we pulled off barely warrants comment.

Owen and Rooney were crap up-front, barely able to touch their defence, let alone create an opening; Scholes gave one of his most shambolic, mistake-ridden performances; Anderson looked lost in the centre and lost possession – as did the entire team – too easily; and even Evra was ineffective.

Ok, that’s ALL the analysis I’m going to give! As apart from anything, any further attack on our performance will take credit away from Fulham, who, unlike us, had their tactics spot-on from kick-off.

Scholes, whose horrific display was even worst than last season’s at Craven Cottage; where he was sent off after 18 minutes!
As for the effect of the result, it is again barely worth a mention as I will be repeating my self for the thousandth time. The top four teams are in serious danger of dismantling; not just with Liverpool’s residing to a Europa Cup spot, but the general drop in overall standard at the top – highlighted by the ease in which every team in the league is liable to dropping points.

For Chelsea’s poor efforts over their past few games, they should not be sitting as comfortably at the top as they are; but they are, due to complacency from the teams directly below them (United and Arsenal). The reason for this is that the teams below us have all improved, where as we -the ‘acclaimed’ Top 4 – have not.

Dropping points to these second tier teams therefore is more than ever a probability rather than a possibility, so for teams like United to line-up against the threatening Fulham at Craven Cottage without Berbatov (fit but stupidly on the bench) and only 3 defenders – well, technically only 1 proper defender – is embarrassing on us at the low levels of respect we have shown them.

As a result therefore, Fulham deservedly embarrassed us; leaving us 3 points behind the leaders with Chelsea having a game in hand. As it was (probably to be expected seeing that dropping points is clearly the ‘IN’ thing to do the season), Chelsea drew to West Ham at Upton Park yesterday; failing to punish us as much as they should have, yet still sitting 4 points clear.

Our efforts at clawing back to this decent position, even achieving a decent goal-difference after high scoring victories of late, have been severely hindered today and will continue to worsen if we fail to improve. We have struggled to play solid, fluid football all season, regardless of what the inconclusive stats say, and this is something that will only be recovered, and rediscovered, if change in personnel is made in January.

That is all. As always, comments are more than welcomed…