Antonio Conte wants to stay at Chelsea until 2019 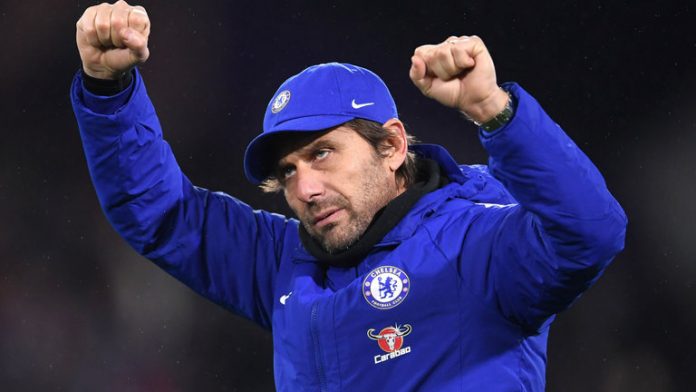 Antonio Conte has been linked with a move away from Chelsea in the summer.

Apparently, the Italian has had disagreements with the Chelsea hierarchy and therefore the two parties could part ways at the end of this season.

Speaking to the Telegraph, Conte has now revealed that he is open to staying at the club but the board will have to sort out their differences with him.

He said: “In 14 years, Chelsea have changed coach 10 times, so they do have a tendency to chop and change here. The media also plays on this habit the moment there are negative results. They were already writing headlines about my dismissal after the opening game against Burnley. It’s no problem for me, in fact, I really like pressure. I just hope it doesn’t affect the players. I said very clearly, I have a contract to 2019. I want to respect it but anything can happen in football. I’m happy here but to move forward with the marriage everyone needs to be in agreement. My intention is to continue. In our line of work, we always have a bag packed. My intention is to remain here, but if something were to change, there would be several different scenarios opening up.”

It seems that the former Juventus man is willing to give it another shot at Stamford Bridge. Conte has been criticised for Chelsea’s poor form this season. The Blues are nowhere close to City in the title race and they could be out of the Champions League soon.

Despite a very good showing against Barcelona last night, Chelsea only managed to grind out a 1-1 draw at home. The away goal could certainly give the Spaniards an edge in the return leg.

It will be interesting to see whether Chelsea decide to stick with the Italian next season. There is no doubt that he is a world-class coach and it would be hard to upgrade on him.