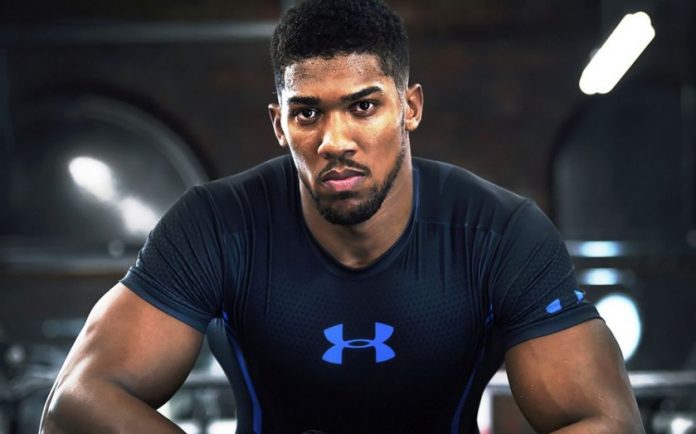 Anthony Joshua has made a rapid transformation in his life, having gone from a troubled teenager to boxing sensation in a matter of years. During his teenage years the Watford-born boxing star had a few run-ins with the law and were it not for boxing, he may have ended up going down a much different path in life.

Joshua was born in the United Kingdom to Nigerian parents and spent most of his early life in Nigeria before returning to the UK aged 12, attending secondary school in Watford, Hertfordshire. His youth wasn’t trouble free, but he found something to excel at; sports – particularly football and athletics. However this was not enough to keep him out of trouble.

The 27-year-old first got into trouble with the police back in 2006, when, as a promising footballer, an opposition player wound him up so much that Joshua grabbed him by the throat and threw him over his shoulder. The clash saw him charged with actual bodily harm and although he was not given a prison sentence, it was the beginning of a troubled period of his life.

Anthony Joshua moved out of his mum’s flat and into a hostel and it was here where he got his first wake-up call. During his time at the hostel he hung out with a group who partook in street fighting and it was this that eventually led to him being arrested and placed on remand for two weeks in Reading prison.

He was then electronically tagged for 14 months and placed on a curfew. He moved back in with his mum and began a course in bricklaying before he managed to find a real passion to sink his fists into. When Joshua was 17 his cousin took him to a local boxing club as a means to let out his fighting instincts and from the very beginning it was obvious he was a natural.

Despite being selected for the British boxing squad he would nearly throw his whole career away prior to the 2012 Olympic Games in London. Police stopped Joshua for speeding in February 2011 and found cannabis in his kit bag, this led to him being charged with possession. Once again though, the boxer managed to avoid a jail term, instead being sentenced to a 12-month community order and 100 hours of unpaid work.

He also found himself suspended from the British boxing squad, but he was back in time for the Olympics in 2012. It was a home Olympics for Team GB and Joshua won one of the 29 Gold medals that the hosts picked up during the games. He was the first British super-heavyweight Gold medallist since Audley Harrison won top honours back in Sydney 2000.

The boxer has learned from his mistakes and has promised not to go back to his old ways. He is a very down to earth sportsman and he still lives with his mum, preferring to shun the lavish lifestyle that many of the best sports stars opt to live. He was rewarded for his Gold medal at Britain’s home Olympics by receiving an MBE from the Queen in 2013.

Since his move into the world of professional boxing, Joshua has remained undefeated, having won every single one of his fights by either KO or TKO. Emanuele Leo was his very first professional boxing fight, in which the Brit scored a knock out in the first round. His most recent fight to date has been against one of the best heavyweight boxers, Wladimir Klitschko, where Joshua managed to dispose of his Ukrainian opponent in the 11th round with an uppercut at Wembley Stadium in April of this year.

Arguably one of his most interesting fights was against fellow Brit, Dillian Whyte, with the bout scheduled as a grudge match for Joshua. Despite being undefeated in professional boxing, he lost three times as an amateur, to Mihai Nistor, Magomedrasul Majidor and Dillian Whyte. His record at amateur level was 40-3, and in the build-up to their professional fight, Whyte claimed that his bitter rival was still haunted by the loss at amateur level. Unfortunately for Whyte, Joshua managed to get his revenge, scoring a knockout blow with an uppercut in the 7th round of their fight on 12th December 2015.

His next bout is against Cameroonian-French boxer Carlos Takam at the Principality Stadium in Cardiff on the 28th October 2017. A win for Joshua would make it 20-0 in his professional career and the Betfair odds on Joshua fight suggest his opponent is going to have to pull out something special to topple the unified heavyweight champion. Despite Joshua’s odds, Takam has a respectable record himself, having competed in 39 fights, winning 35, losing 3 and drawing 1.

Anthony Joshua may have become the unified heavyweight champion, but he is still a humble and down to earth person. He still lives with his mother and one of his first big purchases since turning professional was the council flat they live in, which he bought in cash in 2013. He is expected to become the first billionaire sports person and is fast marketing himself as not just a person, but also a brand.