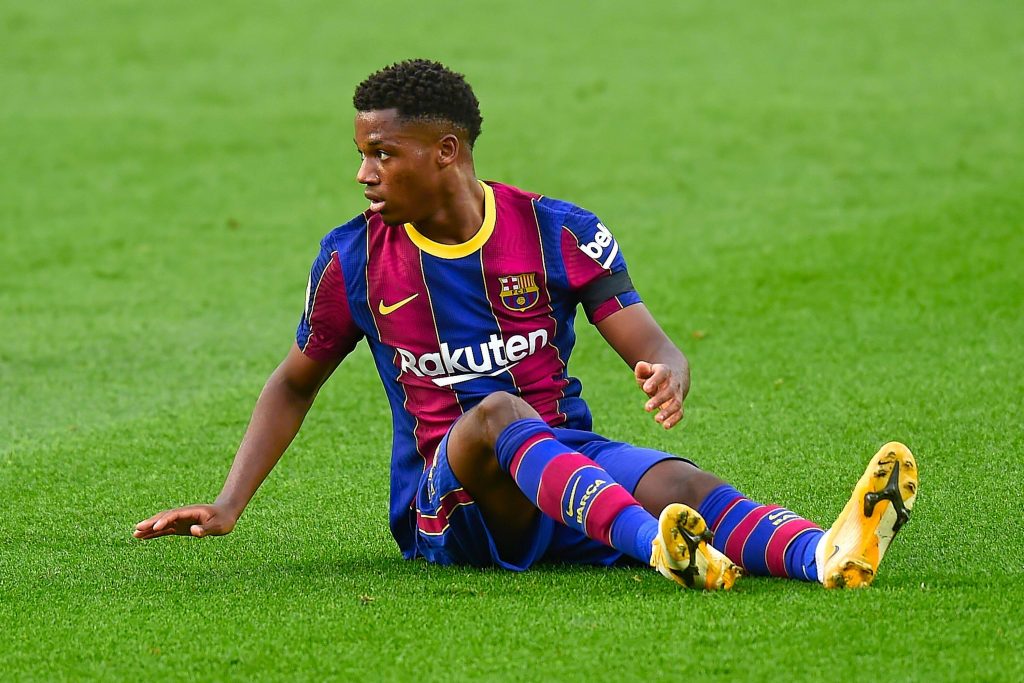 Ansu Fati is set to have surgery on Thursday which will keep him out long-term, according to Mundo Deportivo.

Fati made his breakthrough last season after an injury crisis at Barcelona saw them without Lionel Messi, Luis Suarez and Ousmane Dembele.

He scored his first professional goal in August 2019 in a 2-2 draw with Osasuna, aged just 16 – making him the club’s youngest ever goalscorer.

He had an encouraging debut season at La Blaugrana, scoring eight goals in 33 appearances in all competitions. This form earned him a call up to the Spain national team, making his debut against Germany back in September.

At the beginning of the current campaign, Fati made an explosive start, scoring twice in the opening 20 minutes of Barcelona’s opener against Villarreal. He went on to score three more during the season, including one in El Clasico.

However, the teenager suffered a serious knee injury back in November, and he has not since returned to action.

Mundo Deportivo have reported that Fati will undergo surgery on his injury on Thursday, and he will be sidelined for at least another two months.

This will keep him out of Barcelona’s remaining La Liga fixtures and probably this summer’s European Championships.

Barcelona have four games remaining in La Liga this season and will probably need to win all four if they wish to complete a domestic double.

They face fellow title-chasers Atletico Madrid on Saturday before ending the season against Levante, Celta Vigo and Eibar.

Should they claim 12 points from these games, they will need Real Madrid to slip up to lift the trophy.

Without Fati, it will be up to Lionel Messi, Antoine Griezmann, Ousmane Dembele, Martin Braithwaite and Francisco Trincao to occupy the forward spots.

Messi and Griezmann have been in fine form lately. In 2021, the pair have scored 42 goals and registered 14 assists between themselves in all competitions.

As for Spain, Fati will be a big miss for them. They go into Euro 2020 with a relatively weak frontline compared to the rest of their squad.

Gerard Moreno will likely be the star man for La Furia Roja, having bagged 20 La Liga goals this term.