Another Year of Scholesy! 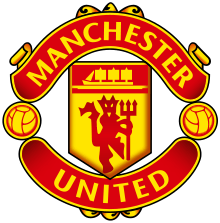 Yesterday evening, at Manchester United’s player of the year dinner, Sir Alex Ferguson announced that Paul Scholes will be staying on as a player at the club for another season. This news will delight the Red Devils fans and will surely soften the blow from missing out on the Premier League this weekend.

Since his return in January, Paul Scholes has re-established himself as a vital member of the United set-up. Appearing in 17 Premier League games (including 15 starts) and scoring 4 goals.

The former England midfielder, aged 37, retired at the end of last season and had been coaching at Old Trafford. His first game back ended in a 3-2 win against Manchester City in the FA cup.

At first I felt this was just a desperate decision as United struggled with injuries in all competitions. But it seems that Ferguson was once again spot on, as Scholes has re-generated the United midfield, despite being the oldest player in the squad. Scholes has now announced he would be open to an approach from Roy Hodgson if the new England manager wants to include him in his plans for this summer’s European Championship.

Scholes was targeted at the very last minute by Fabio Capello before the 2010 World Cup, but an indirect approach and the timing of that interest was not enough to persuade the Manchester United midfielder to come out of international retirement, six years after his last England game.

He said at the time that a more advanced warning might have been enough to convince him, and it is understood he would be receptive now to an invitation from Hodgson to join his 23-man party in Poland and Ukraine. I wouldn’t bet against him appearing in the competition. Scholes, at 37 years of age, is still going at the very top of the game, still proving himself as a vital part of the greatest club in the Premier League era.

And he’s still doing it after spending months out of the sport, proving that the only thing that has ever declined in his career is his overall fitness—and even that is at a sensational level for someone of his age.

No other Premier League player, or in fact any player in world football, could probably perform at the level Scholes is at right now given his age, especially after spending seven months away from any competitive football.

And that is why Paul Scholes deserved to be labelled as the greatest midfielder of the Premier League era.

He’s a player who has lasted at the top longer than almost all others in world football, especially those in the Premier League, and is one of the sport’s greatest role models.

‘No celebrity bull****, no self-promotion—an amazingly gifted player who remained an unaffected human being.’

Or perhaps the man himself says it best. Despite of all the accolades he’s won, the hype he’s generated and the plaudits he’s received, this is all the Manchester United legend wants from his days as a player:

When it’s over I just want to be able to look in the mirror and say, ‘Well, you were a half-decent player.’

Words which are brilliant yet understated—vintage Paul Scholes.

All United fans can look forward to next season, surely hoping that Scholes can only add to the success of his career.