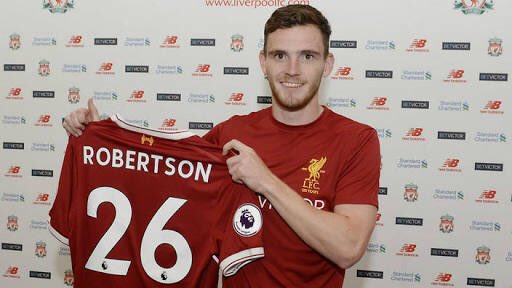 Liverpool left-back Andy Robertson is one of the most shrewd signings the Reds have made in recent seasons after spending just £8million to secure his signature in July 2017.

The Scotland international left Hull City following their relegation to the Championship at the end of that season, and has been a revelation, playing 46 league games for the Anfield outfit and also making an appearance in the Champions League final.

At 5ft 10in, Robertson isn’t one of the physically-imposing players Liverpool can boast of, but being too small was one of the reasons Celtic released him at under-15 level.

The Scottish defender was at crossroads as a result of the Hoops heartbreak, but he urged his parents to give him a year to get his career back on track, and he hasn’t looked back since.

“Give me a year,” he told his parents then after Celtic let him go.

“At the start they were quite happy with me not having a job, and so was I, because the plan was to go to the gym during the day and bulk up – because I was quite slim – and practise football, go to training and be ready for training.”

In Kieran Tierney, Celtic have arguably the best left-back in Scotland within their ranks, so it’s safe to say they don’t have any regrets letting the 24-year-old Liverpool star go.

Robertson’s dad has always been a Celtic fan through and through, and while he would have loved to see his son make the grade at Paradise Park, watching him play in the Champions League final and regularly for one of the biggest teams in the Premier League isn’t bad either.

An unavoidable sense of what might have been had the Scottish giants held on to the Liverpool star probably remains, but maybe releasing him was the greatest inspiration Robertson needed to make it as a professional footballer.