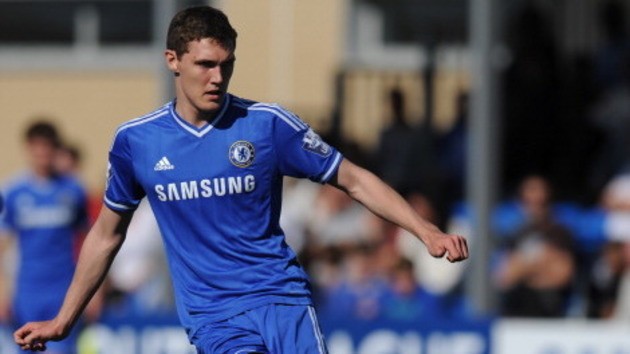 Bild has covered a small story on Borussia’s targets this season. They claim the German side are looking to sign Swiss U19 international Nico Elvedi from FC Zurich. The youngster has played 16 league games and five Europa League games last season.

In that same article, Bild mentions that Borussia are ‘nearing completion’ to sign 19-year-old Christensen on loan.

Earlier this month, Bild confirmed that the deal for Christensen was almost as good as done, and only few formalities were left to move on with the transfer to be completed.

Christensen joined Chelsea in 2012 from Denmark club Brondby and has been a consistent performer for Chelsea’s youth side in the last few years.

Chelsea have this problem of nurturing young talents from the academy, and with the club aiming to sign big name defenders in the summer, the Blues will be forced to ship out few youngsters on loan to get regular experience.

“Some of the older ones will go on loan to play every game in the Championship or thePremier League, even abroad. And we will bring some of the younger ones into the process. But to have them all at the same time in the first-team squad is hard,” Mourinho said in an interview.

Chelsea are reportedly interested in signing Belgium defender Toby Alderweireld. The Atletico Madrid defender, who joined Southampton last season on loan, could be involved in a deal, where Filipe Luis returning back to his old club. The Blues are also considering the option of sending Kurt Zouma on loan for experience.