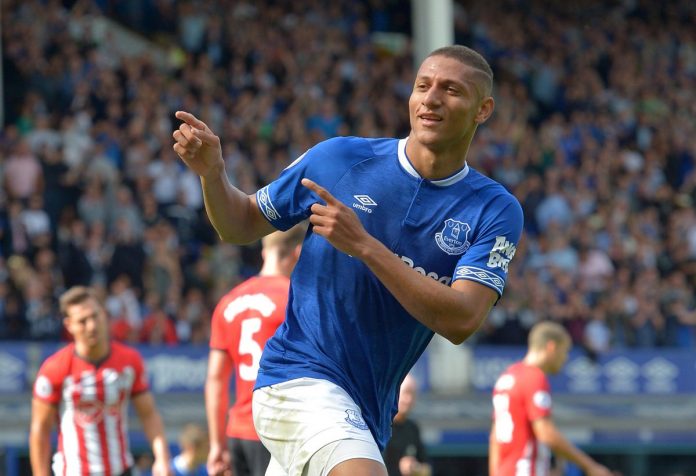 Watford striker Andre Gray enjoyed a strong partnership on the pitch with Richarlison last season. The 27-year-old reveals that although they hardly spoke with each other, they developed a telepathic understanding.

Richarlison joined his former boss Marco Silva at Everton in the summer transfer window. Everton splashed big money on the Brazilian, and so far he hasn’t disappointed.

The Brazilian attacking midfielder has scored four goals in six Premier League games so far. He has added an extra spark in the Everton attacking system.

Gray says that he is happy for Richarlison that he has joined to Everton, a move he described as “life-changing” for him. The Watford striker also adds that he still keeps in touch with him, and occasionally texts him as well.

Richarlison has spoken of his difficult upbringing on the streets of Vila Rubia in Brazil. He once had a gun pointed at him, and Gray says that he has nothing but respect for the young attacking forward.

“I respected where he was from and the attitude he had. We got on really well, even though we could hardly speak to each other,” Gray told Watford’s official website.

“It was sign language most of the time. But we just got an energy from each other. He is just a good kid.

“He just came here to live his dream and help his family. I’m so happy for him to get his move to Everton because it’s life-changing for him. It couldn’t happen to anyone better.

“I still message him and the last time I spoke to him he wanted a dog.”