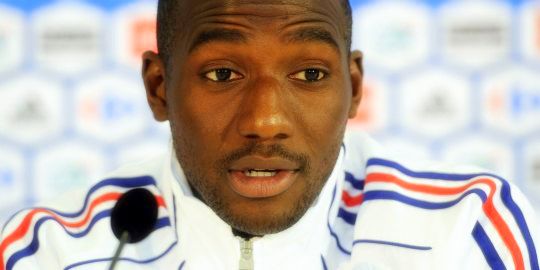 French midfielder Alou Diarra has revealed his frustration at the lack of opportunities to compete in West Ham colours since joining them.

England has never been a happy hunting ground for Alou Diarra and so it has been proved once again. The Frenchman, who struggled to get into the Liverpool first team during his stint at the club, is facing the same fate at his new club, West Ham United.

When Diarra was signed from Marseille at the start of this season, it seemed like the midfielder would become an integral part of the squad under Sam Allardyce. But Mohamed Diame’s excellent form has kept Diarra out of the starting line-up and the 31-year-old has made only two appearances for the London based club this season.

His lack of opportunities, even as a substitute, hasn’t gone down well with the former Bordeaux midfielder. He has now publicly hit out at Sam Allardyce and the club for making false promises and ignoring him. Alou Diarra told L’Equipe:

“The speeches were so positive. I was told that I was a priority for the manager.

“At 31-years-old, I wanted to find another league, and Marseille needed to reduce their wage bill, so it suited everyone.

“They sent an officer who landed at Marseilles in a private jet and promised me the moon. The speech was attractive.

“It was England, London, West Ham, a popular club with a true identity. It was an opportunity to settle in the Premier League. I did not ask, I trusted.

“After a few weeks, I realised that there were a lot of lies. This agent has fooled me. Some people have made money on my back.

“Admittedly, I have three year contract but I’m not unhappy financially, but I came to play, not to take an early retirement. I am positively at breaking point.”

The fact that Sam Allardyce hasn’t even bothered about explaining him about the situation and his plans regarding the Frenchman has irked Diarra the most. He added:

“At all the clubs where I’ve been, I’ve always had a discussion with the coach so I know what he expected of me, how the team plays, my positioning, etc.

“But since my arrival at West Ham, I never spoke with the manager. Everyday is ‘hello, goodbye’. There is no dialogue, no explanation.”

Espanyol and 1899 Hoffenheim are reportedly interested in signing the defensive midfielder in this window. But his transfer might well depend on whether Mohamed Diame, an Arsenal transfer target, remains at the club this season.

If the Senegalese international leaves the club in January, it might provide Alou Diarra the opportunity to resurrect his fading career once again.