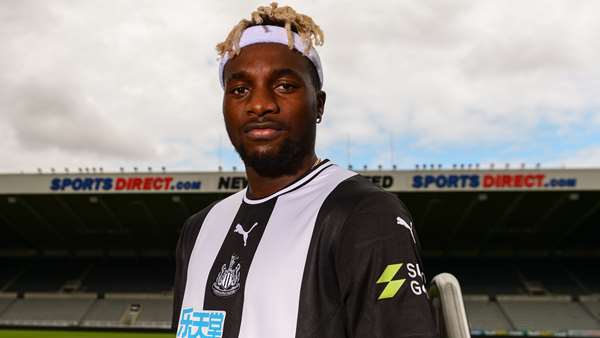 Newcastle United move four points clear of the relegation zone after earning a 3-2 victory against West Ham in the Premier League clash on Saturday.

The Magpies, who struggled away from home this season, produced a fantastic performance against the Hammers and sealed all three points at the London stadium.

After the match, Newcastle winger Allan Saint-Maximin took to social networking site Twitter to express his reaction. He tweeted:

Some Newcastle fans were quick to respond to his tweet to let him know that he was simply brilliant against the Hammers.

You played incredible today! Credit where it’s due. You were class. 👌 ⚽️⚫️⚪️

Unreal today allan….once you, almiron and joelinton get up and running you’ll be unstoppable…keep working the goals will start flying in ⚫⚪⚫⚪

You were great today, just wish you grabbed a goal

Brilliant performance today…. your fast becoming one of my all time favourite @nufc players

Newcastle took the lead in the 16th minute when Ciaran Clark lost his marker from a free-kick to head in the opener.

Federico Fernandez scored five minutes later to give the Magpies a healthy 2-0 lead.

Steve Bruce’s side were extremely good in the first half and created plenty more chances to extend their lead. Jonjo Shelvey scored the third goal with a precise free-kick after half-time.

Fabian Balbuena and Robert Snodgrass scored for the home side but Newcastle did well to see off the challenge in the end.

Saint-Maximin, who joined during the summer transfer window from Nice on a big-money transfer, is quickly becoming a favourite among the fans.