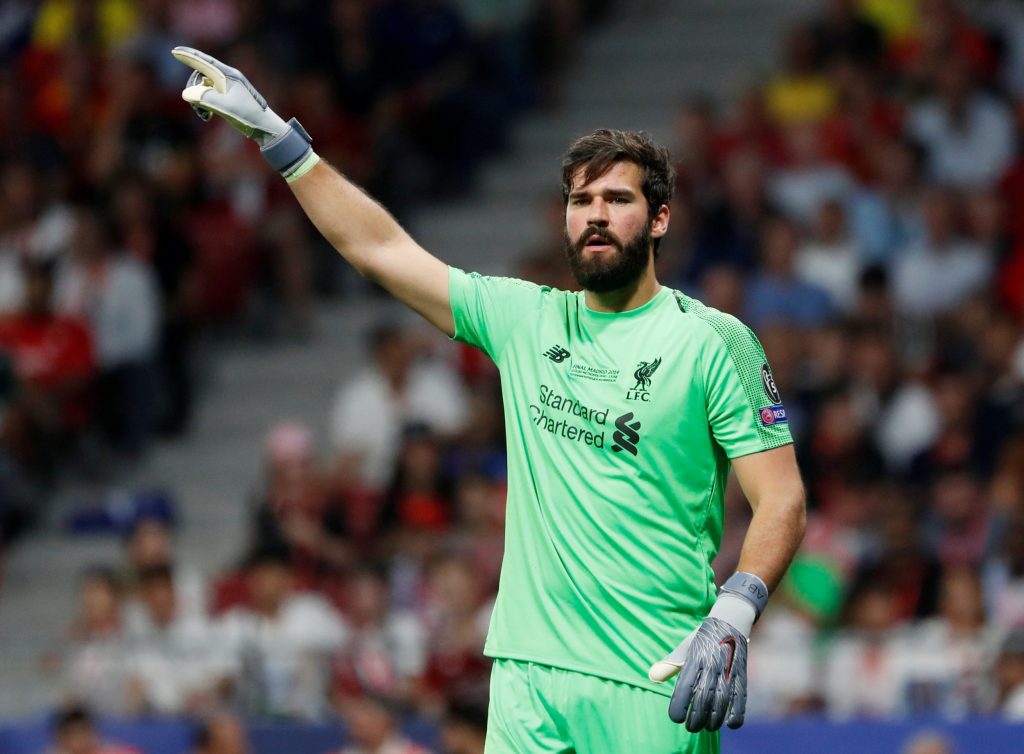 Liverpool are on an absolute roll when it comes to winning matches on the trot, as they’re undefeated in the Premier League heading into the big clash against Manchester City at the weekend.

However, the Reds haven’t been as rock-solid defensively as they were last time around. Even though they have the second-best defensive record in the league, they’ve conceded some questionable goals causing slight worries among the fans.

Well, Brazilian goalkeeper Alisson Becker is also frustrated at the way some goals have been conceded this season. He vented his annoyance conceding some stupid goals this season and said.

Liverpool have been especially worrisome defensive in the Champions League, being unable to keep a clean sheet in their games so far. The Reds had conceded less than half the goals at this point last season as they’ve done this time around and Alisson is urging his side to find back their best selves from last time out.

The Brazilian explained, “When we enter the pitch we always have a common goal: that is win the game and keep a clean sheet. When you keep a clean sheet you are closer to the victory, at least you have a draw. We can work better on that aspect.”

“When you concede a goal in a difficult moment, in a moment that the team needs you to keep a clean sheet, the games become more difficult. So we need to work better on that if we want to do great things this season.”, he further added.

Alisson won the FIFA Goalkeeper of the Season award in the FIFA awards show recently, but an injury suffered on the opening day win over Norwich City cost him a few months of action.

The Brazilian has indicated that his side seems to lose focus on occasions when they’re winning comfortably and wants that aspect to change.

He took the 4-1 win over Genk in the last matchday of the Champions League as an example and explained, “Sometimes you have a quality opponent and when they score using [their skill] and you can’t do anything different, it’s OK. You need to accept that it’s part of the game. But I think we can do better in the concentration aspect.”

“For example, against Genk we conceded a goal in the 85th minute so that annoyed me, it annoyed everyone on the team because we need to keep focus and keep your goals advantage.”

Alisson’s side conceded a poor goal in their miraculous comeback win over Aston Villa, but the 27-year-old would want to get more clean-sheets to close in on the Golden Glove race.

With the Reds looking to go all the way this time around, the Brazilian will look to get some clean-sheets in his bag to rejuvenate Liverpool’s defensive strength.