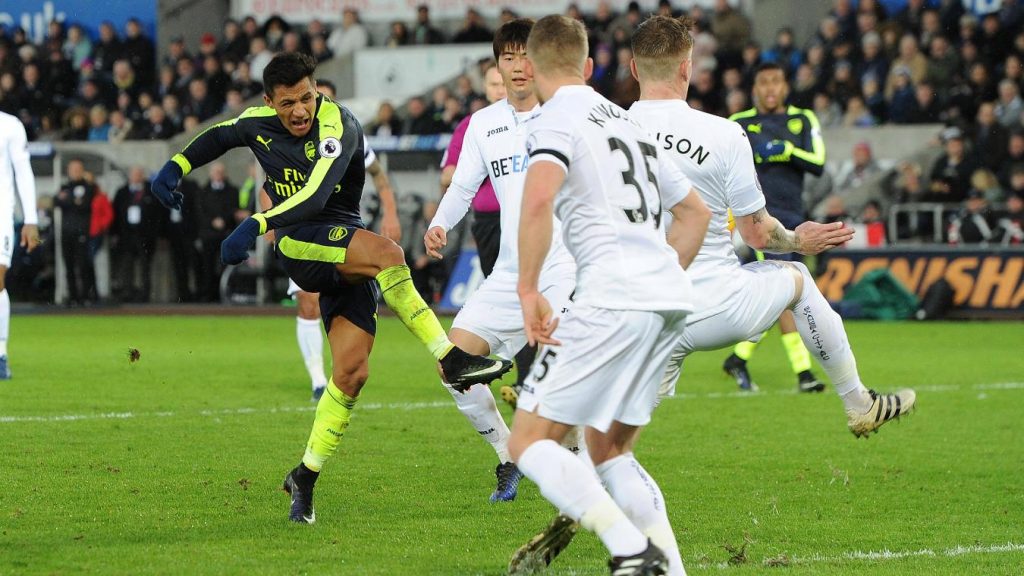 Arsenal forward Alexis Sanchez has been linked with a move away from Emirates for a while now.

The Gunners have failed to agree a new deal with the Chilean and the likes of Chelsea, Manchester City and Manchester United are interested in signing him.

As per the latest reports, Jose Mourinho wants to sign Sanchez this summer and has already called the player personally. Furthermore, Manchester City manager Pep Guardiola has also contacted his former player.

Premier League leaders Chelsea are also keen on signing the Arsenal star and it seems that the Sanchez saga will dominate the transfer headlines this summer. Apparently, the 28-year-old is a priority target for the Blues as Conte looks to add to his attack.

At this stage, it seems unlikely that the player will sign an extension with Arsenal. The Londoners are unwilling to match Sanchez’s demands. Furthermore, Sanchez recently admitted that he wants to play for a team that can win titles. His suitors are certainly better placed than Arsenal as far as winning trophies are concerned.

The Chilean is contracted to Arsenal until the summer of 2018 and it will be interesting to see whether Arsenal cash in on him this summer. If Sanchez snubs the offer of an extension, he could leave for free next summer.

The former Barcelona star has been a key player for Wenger ever since he joined the Gunners in 2014. Sanchez has scored 22 goals for the North London giants this season.