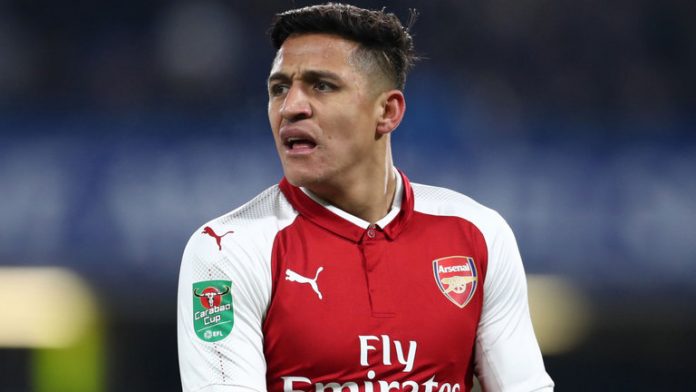 Arsenal star Alexis Sanchez is closing in on a move to Manchester United.

The Red Devils have agreed on a massive £27m-a-year deal with the Chilean and the player is now waiting for Mkhitaryan to agree on a move to Arsenal. The deal will be a straight swap between the two clubs.

Sanchez is out of contract in the summer and the 29-year-old forward has refused to sign a new deal at the club.

Initially, the player was expected to join Manchester City but the league leaders have pulled out of the race due to the player’s astronomical financial demands.

Manchester United’s offer to sign Sanchez will be worth around £180 million in total.

Sanchez will be earning just under £27m a year before tax, Arsenal will receive a fee of £30m, the player will get a £20m signing-on fee, and the agents will pocket more than £10m. The Chilean will sign a four and a half year deal with the Red Devils.

Jose Mourinho has had to rely on Lingard, Martial and Lukaku for goals this season and Sanchez will be a massive upgrade. Furthermore, Sanchez’ flair will add much-needed creativity to United’s attack. His hardworking style of play will be another bonus.

Manchester United will be looking to finish the season strongly and someone like Sanchez will certainly take them to the next level.