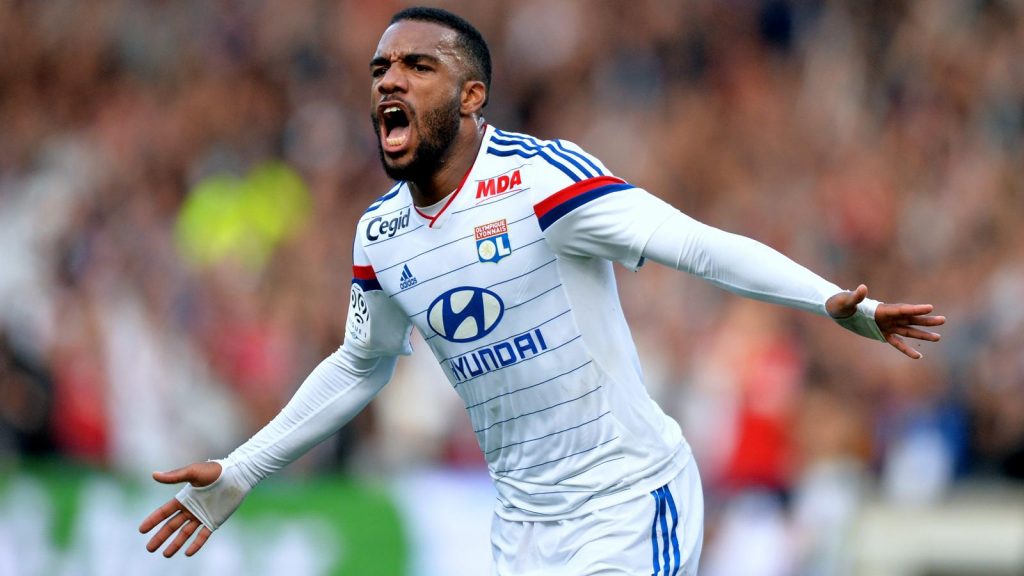 Lyon forward Alexandre Lacazette is in London right now and his transfer to Arsenal should be confirmed soon. Arsenal will pay around £52m for the Lyon attacker.

The 26-year-old will become Arsenal’s record signing once the transfer is complete. According to Daily Mirror, the French international has already arrived at the club’s London Colney HQ for his medical. The report adds that personal terms have already been agreed with the player.

Lacazette has been phenomenal in the Ligue 1 for a while now and he will look to take the next step in his career and do well in the Premier League. He has scored 113 goals for Lyon in the last four seasons.

On paper, the Lyon star should be Arsenal’s best striker since Robin Van Persie. The likes of Chamakh, Bendtner and Giroud have all failed to impress in the recent years.

Lacazette is expected to go on the club’s tour to Australia and China. He could make his Arsenal debut next week against Sydney FC.

It will be interesting to see what happens with Olivier Giroud now. The Frenchman has been linked with the likes of Everton and West Ham recently and he might have to leave Emirates if he wants to play regularly next season.

Lacazette, Welbeck and Sanchez are all ahead of him in the pecking order and a decision regarding his future will have to be made soon.