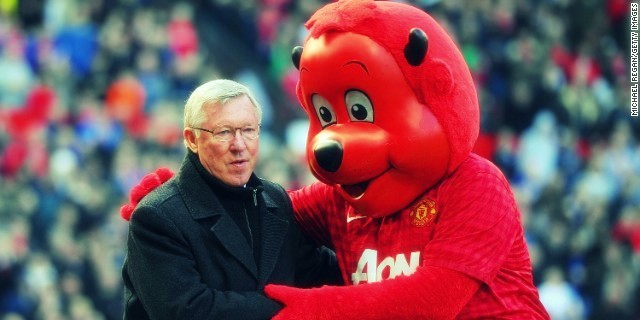 BBC News has announced that Sir Alex Ferguson, manager of Manchester United since 1986 and winner of two Champions League titles, four League Cups, five FA Cups and an astonishing 13 Premier League titles, will be retiring at the end of the season.

Ferguson said in a statement:

“It was important to me to leave an organisation in the strongest possible shape and I believe I have done so.

“The quality of this league winning squad, and the balance of ages within it, bodes well for continued success at the highest level whilst the structure of the youth set-up will ensure that the long-term future of the club remains a bright one.

“I must pay tribute to my family, their love and support has been essential. My wife, Cathy, has been the key figure throughout my career, providing a bedrock of both stability and encouragement. Words are not enough to express what this has meant to me.

“As for my players and staff, past and present, I would like to thank them all for a staggering level of professional conduct and dedication that has helped to deliver so many memorable triumphs.

“Without their contribution the history of this great club would not be as rich.”

Ferguson retires as the most successful manager in British football history, with 49 trophies to his name as the manager of United, Aberdeen in the Scottish Premier Division, and St. Mirren in the Scottish First Division.

The search is now on for Ferguson’s successor as Manchester United manager, with Jose Mourinho, Jurgen Klopp, and David Moyes thought to be among the frontrunners. Sources suggest that David Moyes has already been signed on as the next Manchester United manager and will be announced before the weekend, however United fans are split on whether Moyes is suited to the challenge of taking United to the next level. Some fans are pushing for Jose Mourinho, but who will the board pick?