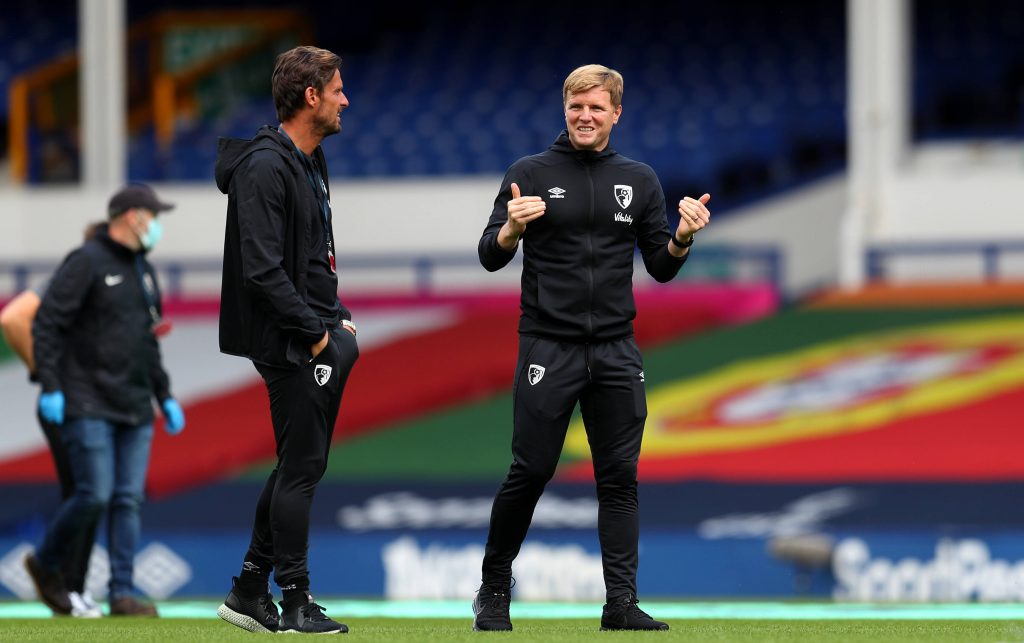 According to talkSPORT’s Alex Crook, Eddie Howe will be Celtic manager at the start of next season.

The former Bournemouth boss is assembling his backroom staff, and some of them are still working with the Championship club.

The Cherries will be playing in the promotion play-offs, and that is the reason why Howe is yet to finalise a move to Parkhead.

“I’ve been told from very reliable sources that Eddie Howe is now heading to Celtic for the start of next season and is even starting to assemble his backroom team,” Crook revealed on the White and Jordan show.

“Some of that backroom team will come from Bournemouth, and one of the reasons for the delay is, of course, Bournemouth are part of the Championship play-offs, looking to get back into the Premier League.

“That could hamper Eddie Howe’s chances of taking one or two of his former coaches with him to Glasgow.

“But Eddie Howe will be the new Celtic manager in time for the start of next season.”

🍀 “Very reliable sources tell me Howe is heading to Celtic.”

🍒 “One of the reason’s for the delay is #AFCB being in the play-offs.”

🤝 “As far as I’m told, he’ll be Celtic manager at the start of next season.”@Alex_Crook believes Eddie Howe will be the next #CelticFC boss. pic.twitter.com/G77XSPqDOF

Celtic parted company with Neil Lennon in February after losing the Scottish Premiership title to Rangers, and John Kennedy has been in interim charge of the team.

The Hoops will end 2020-21 without silverware and are looking to orchestrate a major rebuild this summer.

Howe has been linked with the Tottenham Hotspur job and was also said to be eyeing a move to Crystal Palace to succeed Roy Hodgson.

However, it appears that he is headed to Parkhead, and Celtic will hope that his experience will come in handy next term.

The 43-year-old impressed with Bournemouth in the English top-flight prior to their relegation at the end of last season, and his attractive style of football caught the attention of the Celtic board.

The Cherries won three promotions under Howe’s stewardship in six years, finally becoming a top-flight club for the first time.

He kept them in the Premier League for five seasons before suffering relegation in 2020 and leaving.

In other news, Celtic are set for windfall boost as Premier League giants eye £25m deal.